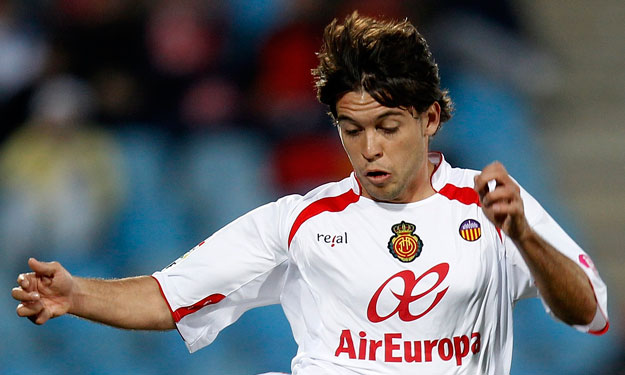 When the exotic-sounding name of Felipe Mattioni turned up on the teamsheet for an Everton U21 fixture in September 2015, Evertonians were intrigued by the quiet arrival of the Braziian triallist to the Finch Farm setup.

The nomadic fullback boasted the likes of AC Milan, RCD Mallorca and Espanyol on his CV but by the time he arrived at Everton he had yet to pass 50 appearances in an eight-year professional career thanks largely to a catalogue of serious injuries, including successive cruciate knee ligament ruptures that restricted him to just 10 games in five years.

Born in Ijuí, Rio Grande do Sul, Mattioni joined Grêmio's youth team in 2004 and had graduated to their senior squad within three years. After two years he was picked up on loan by Milan in January 2009 but then 21-year-old's frustrations with injury ruined his hopes of making the switch permanent. His one league appearance lasted just one minute before he suffered a leg injury but that didn't stop Mallorca from taking him on a loan-to-buy deal worth about €2 million the following August.

The 2009-10 campaign was his most successful in terms of games played as he battled for first-choice status with Josemi, scoring from 40 yards in one 4–1 home win against Atlético Madrid (who had David de Gea in goal at the time) as the Spaniards finished fifth to qualify for the Europa League (an achievement that was later revoked by Uefa).

Mallorca's the deal to sign Mattioni full-time fell, however, and he was picked up by fellow La Liga side Espanyol. A left anterior cruciate ligament injury destroyed his 2010–11 season and he was cruelly struck down with the same injury in his right knee shortly after recovering which would see him sidelined for almost two years.

Though he battled his way back to fitness, Mattioni didn't make his league debut until February 2013 and he would make only sporadic appearances until his Espnanyol contract expired in 2015. With no other club willing to take him on, the then 27-year-old Brazilian was given the opportunity to prove his worth at Everton where he was eventually awarded a contract for the remainder of the 2015-16 season and was loaned out to Doncaster Rovers. in League One.

After making his debut in England that November in an FA Cup tie Mattioni, predictably, continued to struggle with injuries at Keepmoat Stadium, with a calf problem restricting him to five appearances before he had to return to Finch Farm for treatment on a hamstring strain in December. He played a couple of games for the Under-21s in the spring of 2016 before succumbing to injury again, and was released as his contract expired in June 2016.