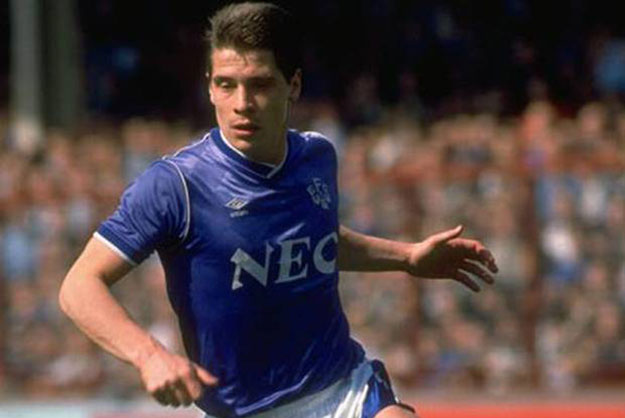 When Tony Cottee arrived at Everton in August 1988, the Blues seemed to have found the man who could fire them back to the League title after they had been deposed by Liverpool the previous season. Manager Colin Harvey had fought off fierce competition from Arsenal and paid what was then a record transfer fee between English clubs of £2.2m for a striker who was generally regarded as the most prolific goalscorer in England at the time.

Born in Newham, it was perhaps only natural that Cottee would make his name at his boyhood club of West Ham United where he broke into the team as a 17 year-old and had amassed 37 league goals by the time he was 20. Striking up a lethal partnership with Frank McAvennie, the striker's 20 goals in the 1985-86 season propelled the Hammers to a third-place finish and he would better that the following season when he hit 23 goals.

Following a dip in West Ham's fortunes and the departure of McAvennie to Celtic, Cottee only managed 13 goals in the 1987-88 season but still aged just 23, Harvey knew his best years were likely ahead of him. And when he scored a hat-trick on his debut in a 4-0 demolition of Newcastle United on the opening day of the 1988-89 season, it looked as though Everton had struck gold.

Unfortunately, it would prove to be a difficult season in the League for the Blues and Cottee would manage just 10 goals as the club finished a disappointing eighth in Division One, a far cry from their title-winning two years previously. The new man would get to experience two trips to Wembley in his first season in Royal Blue but while he scored twice in the Zenith Data Systems Cup Final, Everton lost 4-3 to Nottingham Forest and there would be more agony in the FA Cup Final in May 1989 when Liverpool prevailed 3-2 in extra time.

Though Everton would improve their league position the following season, finishing 6th, and Cottee would bag 13 goals playing alongside Graeme Sharp and Mike Newell, the club's star was irrevocably on the wane from their golden age in the mid to late 1980s and Harvey was sacked the following season to be succeeded by Howard Kendall in November 1990.

Kendall, however, was unable to replicate the achievements of his first reign and in a struggling team Cottee was only just able to break into double digits for league goals, scoring 10 in 1990-91, only nine in 1991-92 in a season disrupted by injury in which he was only able to make 24 appearances and 12 in his first Premier League season in 1992-93.

Though his career at Goodison Park had never reached the heights either he or the fans had hoped, the one-time England international would have one last crucial role to play in his final season with the Blues when he fired home 16 goals that went a long way towards keeping the club in the top flight.

It would, of course, take a miraculous escape on the final day of the in 1993-94 campaign with Mike Walker's team defying relegation to come back from 2-0 down at home to Wimbledon to win 3-2 and preserve their Premier League status. Questions were raised in some quarters about the fact that it was Graham Stuart and not Cottee, who was sitting on 99 goals for Everton at the time, who took a crucial penalty in that match but spot-kick responsibilities had already been decided before kick-off and it was Stuart who got to indelibly write his own name into Toffees history.

"I never enjoyed taking penalties for any of my clubs," Tony admits, "and having missed a few for Everton, the plan was always for Graham Stuart to take the penalty if we got one that day and this was agreed before the match."

That momentous day would be Cottee's swansong before he was sold back to West Ham in part-exchange for defender David Borrows as Walker vainly tried to shake up his squad over the subsequent summer. Another 23 goals for the Hammers would take his league tally well past 100 before he went on to spells in Malaysia, Leicester City, Norwich City and a player-manager role at Barnet.

Cottee's 99 goals for the Blues places him 9th on the all-time list of Everton goalscorers and establishes him as one of the club's most consistent and productive strikers.