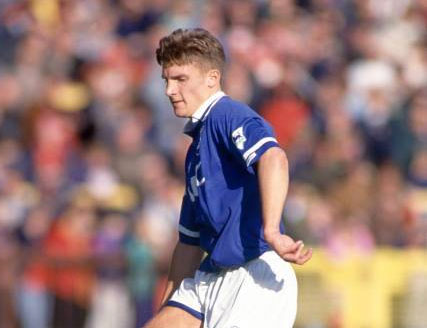 Matt Jackson was picked up from Luton Town in the autumn of 1991 and would play almost 140 games for the Blues as a dependable right back.

He would come to prominence in what was his best season in 1994-95, scoring a wonder goal against Bristol City that propelled Everton into the FA Cup 5th Round and then netted again in the Semi-Fnial in that memorable 4-1 win over Tottenham Hotspur at Elland Road.

He was also in the side that kept Manchester United at bay with that gritty defensive stand behind Paul Rideout's winner in the Final.