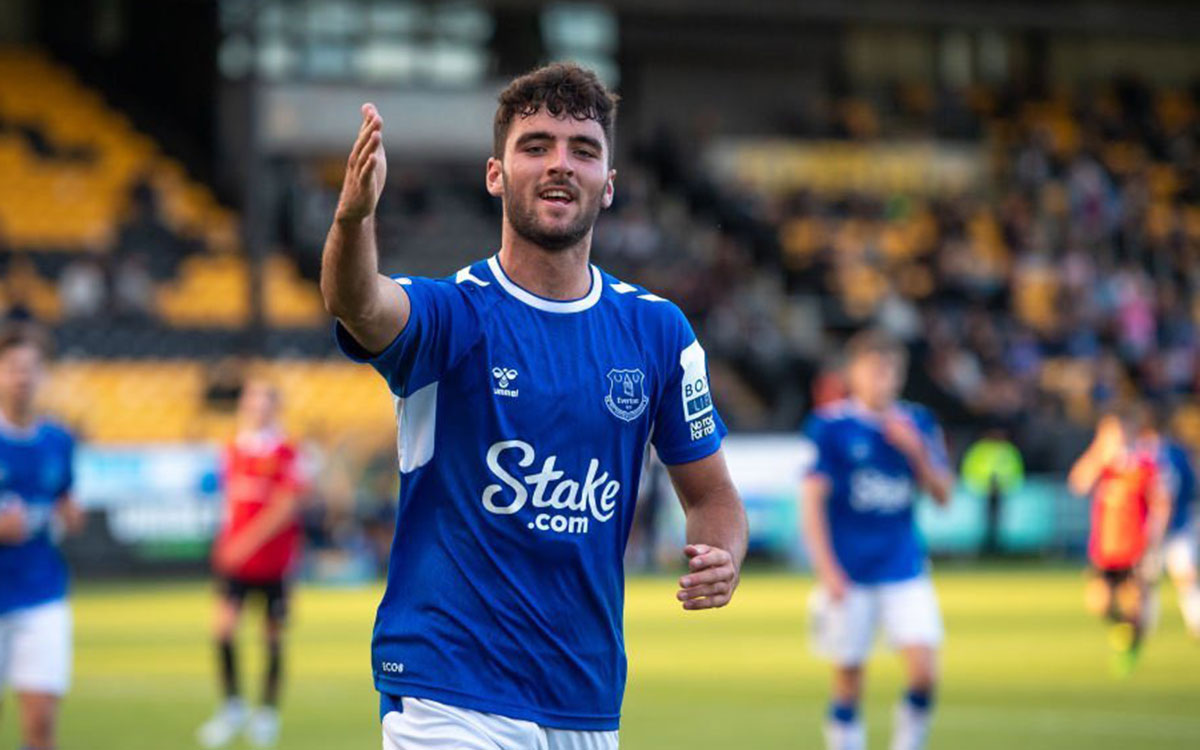 Tom Cannon joined Everton aged 10 and was 18 when he signed his first professional contract in March 2021.   A Republic of Ireland youth international, he made his Everton Under-18 debut aged 16 and scored on his second appearance at that level in April 2019.

Cannon was formidable again the following season. He scored at a rate of a goal every other game in 20 Under-18 appearances, while steadily being introduced to Under-23 football by manager David Unsworth. There were 13 appearances from the bench and one start for the older-age team, Cannon netting twice, in addition to an ever-present role in Everton's run to the FA Youth Cup quarter-finals.

Tom initally agreed to a 2-year deal that ran until June 2023.  At the end of the season, he was chosen by coaches and staff to receive the Tony Heslop Award, which honours a player who “represents The People’s Club with distinction and passion”, at the 2020-21 Academy Awards.

It was expected that Cannon would perhaps step up to the first team during the 2021-22 season but he played only for the U23s. Neither Rafael Benitez nor Frank Lampard felt he was ready for a senior run out and he ended the season as top scorer for the U23s with 9 goals.

His progress and the faith the club had in him to eventually make the step up the first team were reflected in the new 3-year contract he signed in August 2022 just 2 days after he scored both goals for the U21s in a 2-2 draw with Manchester United.

The striker was not involved in any of the senior pre-season friendlies but he contined his scoring record with the newly branded Under-21s into the 2022-23 season.

Cannon was handed his first-team debut during Everton’s Carabao Cup defeat to Bournemouth when he replaced Neal Maupay with 9 minutes remaining. He would get a little longer on the Bournemouth pitch in the next game, his Premier League debut 4 days later.