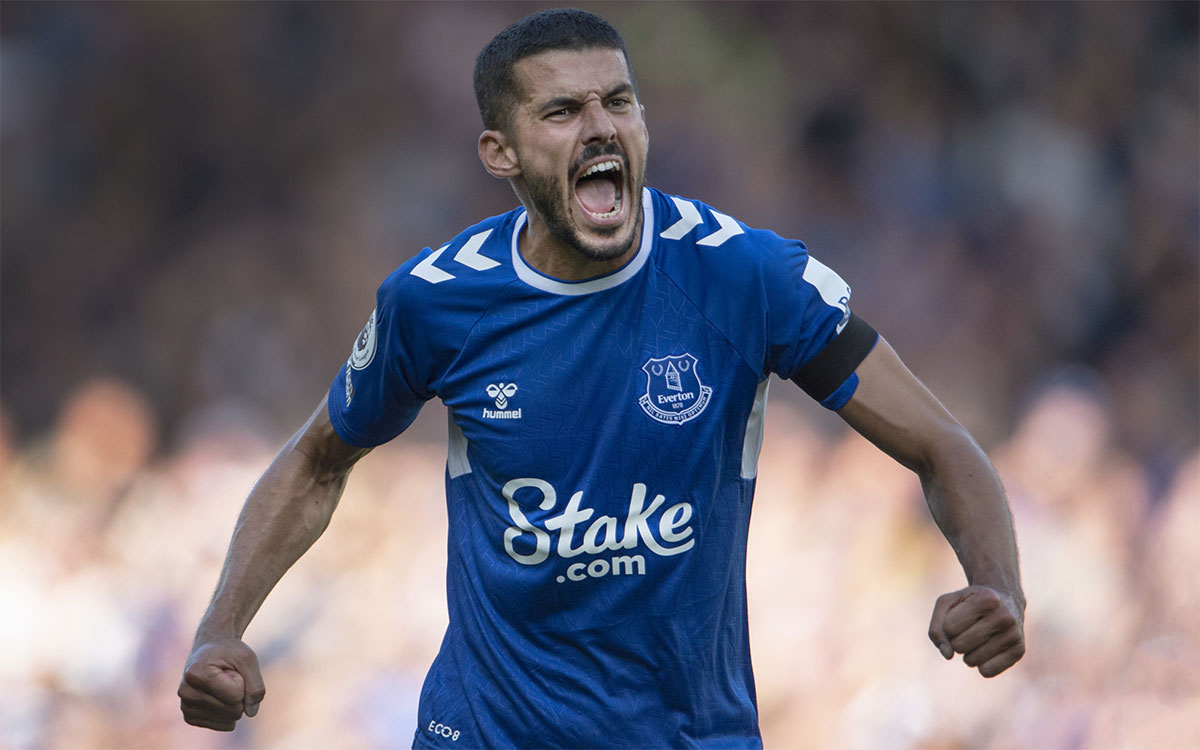 As the 2022-23 season dawned, reports surfaced of Everton's interest in Conor Coady who had been a mainstay in Wolves's defence until manager Bruno Lage switched away from a central-defensive three, to a back four. Coady had risen to prominence as one the Premier League's most dependable centre-halves under Lage's predecessor, Nuno Espirito Santo, who had consistently favoured a back five.

When he was dropped for the first match of the 2022-23 season from the starting XI, where had been practically ever-present for the Midlanders, he felt the writing might have been on the wall for him in terms of regular starts.

With the 2022 World Cup on the horizon, Coady pushed for a fresh start in the hope of being selected by Southgate for the tournament in November and was delighted when former Wolves sporting director, Kevin Thelwell, came calling and offered him a season-long loan move to Goodison Park.

Thelwell and Frank Lampard were already eyeing another reliable central defender but, when Ben Godfrey fractured his leg in Everton's opening-day defeat to Chelsea and Yerry Mina broke down with another injury problem in the same game, the urgency of the situation was heightened.

Personal terms were quickly agreed that weekend and the two clubs agreed to a loan deal with an option to buy for a reported fee of around £12M in the summer of 2023.

“I’ll give absolutely everything, every day, for this football club,” he told evertontv in his first interview for the club. “I feel privileged and lucky to be given this opportunity. We want to sure we're going out and making supporters happy and improving the club at the same time.

“I'm someone who was desperate to come here, to play for this club.  I know how big it is and I know the passion people have for Everton. It's an important day and a proud day for me to get it over the line."

Born in St Helens, Coady began his career at Liverpool but only made one senior start for the club while also spending a season on loan at Sheffield United in 2013-14.

He transferred to Huddersfield Town the following season and spent a year there before he was picked up by Wolves for a reported £2M and he blossomed under the management of Nuno Espirito Santo as the Midlands club gained promotion to the Premier League in 2018.

He was ever-present in the Portuguese's three-man central-defensive unit during Wolves's first two seasons back in the top flight and earned a call-up to Gareth Southgate's senior England squad in 2020 having already represented his country at U16 to U20 levels.

He brought with him a wealth of Premier League experience, reliability and, like another acquisition that summer in James Tarkowski, leadership qualities from having been captain at his previous club.

Coady and Tarkowski settled in remarkably well to bring to Everton's back line a wealth of attributes that had been missing for a long time: physicality, confidence, strength, character, leadership.

The pair became the cornerstone of a much improved Everton defence that, by game 8 of the new season, could rightfully boast the best defence in the Premier League, with Coady himself celebrating in fine style when he converted a wayward header from Onana to open his account against Southampton.

It later emerged in a report in The Telegraph that Everton's option to sign Coady when the loan spell expires is a remarkably competitive £4.5M