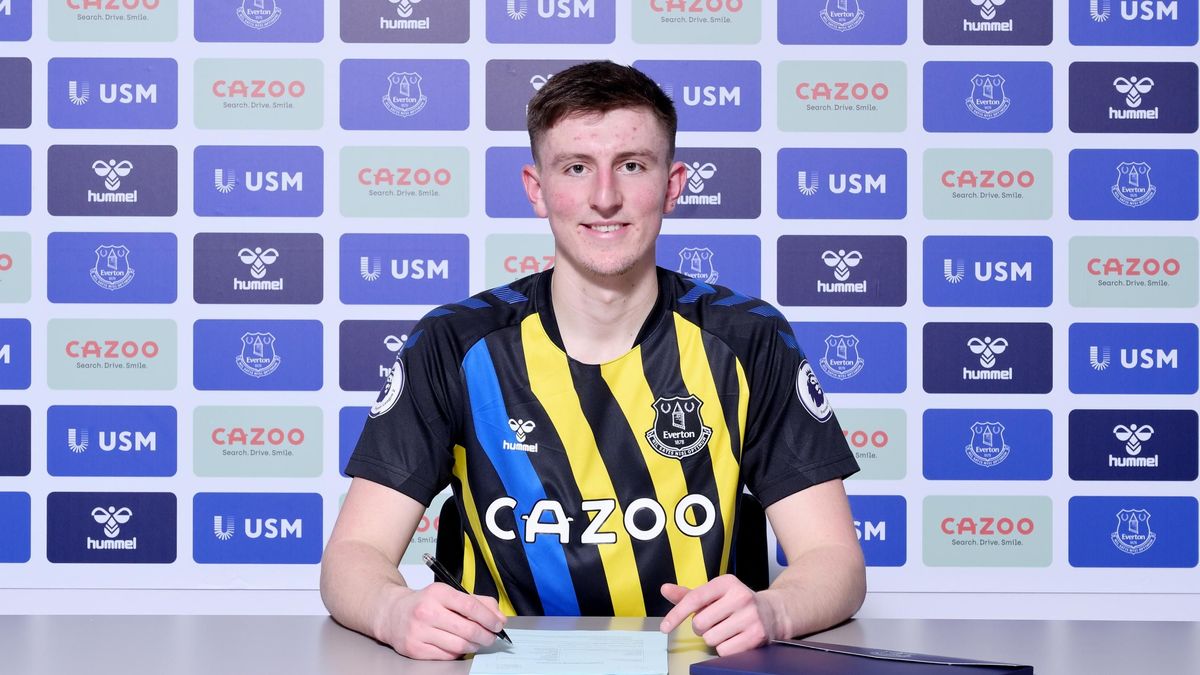 Billy Crellin arrived from League One side Fleetwood Town in January 2022, to fulfill the need for strengthening the senior Academy sides in the Everton setup. They tried to sign Crellin a couple of years earlier but failed. Now the boyhood Evertonian vowed to work tirelessly to “get to the top” after sealing a dream move to The Blues.

Goalkeeper Crellin, a member of England’s Under-17 World Cup-winning squad in 2017, played 13 times for former team Fleetwood Town following a debut in October 2018. The 21-year-old gained loan experience at a trio of clubs, progressively climbing the football pyramid with FC United of Manchester, Chorley and Bolton Wanderers.

Completing this latest step, says Crellin, feels “surreal”, after growing up in an Everton-supporting family – and idolising Neville Southall, despite being too young to see the exceptional Welshman play for the Club.

“I heard about the potential for the move around 5:45 pm on deadline day and straight away wanted to get it over the line,” Crellin told evertontv.

“I am an Evertonian and so are my whole family, so it feels surreal. I am buzzing.

“I want to fit in and work hard, play games for the Under-23s, perhaps go on loan, then start training with the First Team.

“The training ground and facilities are unbelievable and I can’t wait to put on the shirt and play for Everton.

“I will work hard and try to get to the top.”

Crellin has played on loan for a couple clubs already. “As a keeper, those loan spells are vital for getting used to men’s football,” said Crellin. “I was 17 when I went to FC United and fully enjoyed it, I had a lot to do in the games.

He got his first game for the U23s a couple of weeks later in the Premier League Cup but it did not go well, Everton losing to Burnley.

On his Premier League 2 debut for the U23s, he was on the wrong end of a 4-2 defeat at Brighton in March that must have come as something of a shock. It was another month before he would be tried again, with another 4 goals put past him by West Ham U23s.