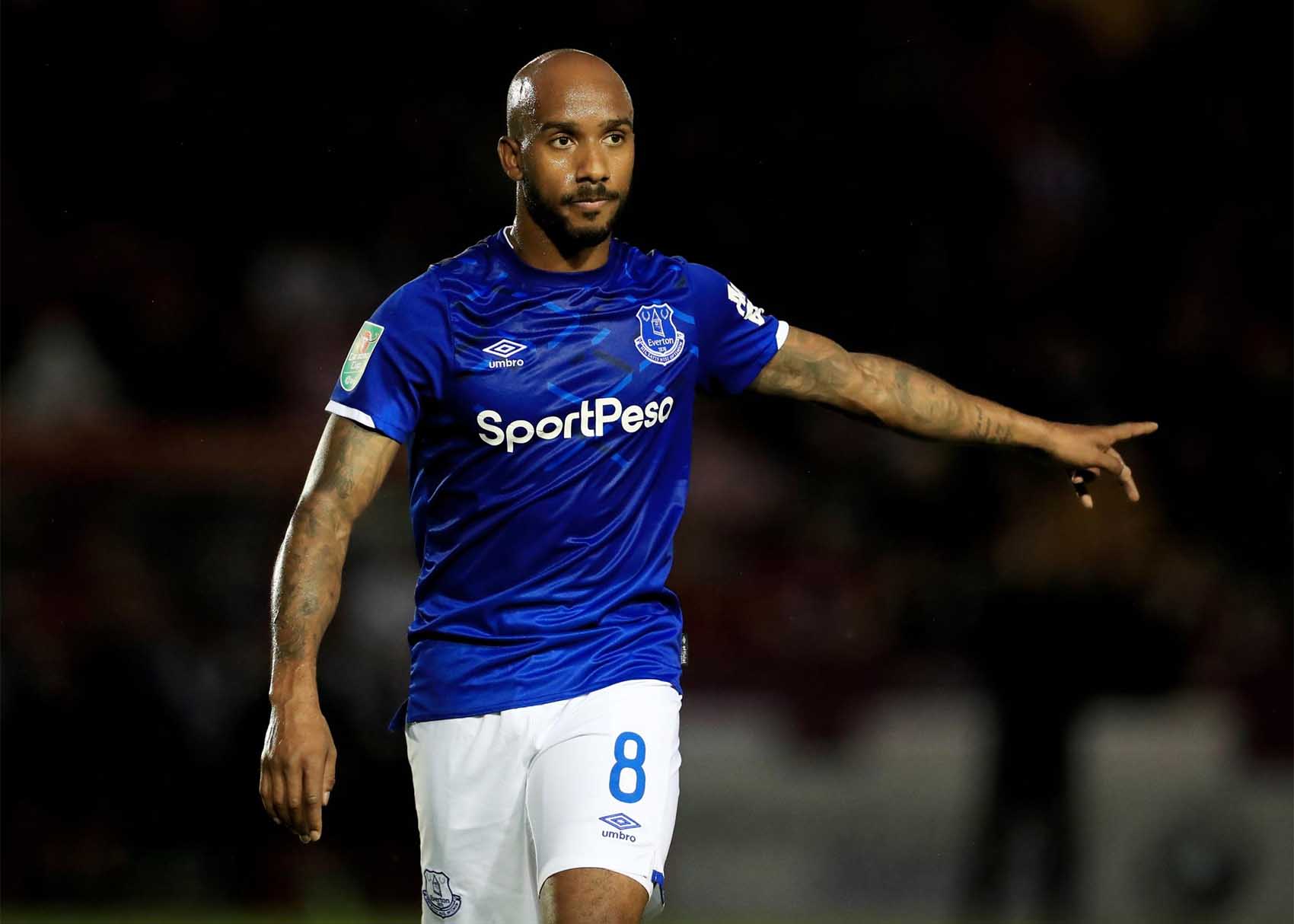 The second major transfer for Everton in the summer of 2019 after the permanent acquisition of André Gomes was the signing of Fabian Delph from Manchester City in a deal initially worth £8.5M. The 29-year-old agreed a three-year contract through June 2022, with his transfer potentially worth a total of £10M depending on appearance-related clauses.

“I'm hungry,” he said after the deal was announced. “I don't like losing. I see myself as a winner. I'm at an age now where I am probably one of the most experienced players, so hopefully I can help my teammates here to do better. I'm really happy to be here, I'm going to give absolutely everything — nothing less than 100 per cent.

“Every time I have played against Everton, whether it was home or away, straight away the first thing that comes to mind when you see the fans is passion, Everton fans seem to know football, seem to understand it, it seems to be in their blood and they really back the team.”

Having initially come to prominence at Leeds United after being on the books of Bradford City as a youngster. Delph was linked with a move to Everton 10 years ago after he had helped the Yorkshire club gain promotion from League One. He eventually signed for Aston Villa in August 2009 and went on to become a full England international during the latter stages of his time there.

Despite verbally committing his future to Villa in the summer of 2015, Delph was tempted away when Manchester City made an £8m move for him as they sought to bolster their squad and he made 89 appearances in all competitions, scoring 5 times.

Originally deployed in his natural central midfield role, the Bradford-born player was used more recently as a left-back to cover for Benjamin Mendy who sustained a long-term injury.

Delph had battled injuries of his own, however, in the years before his switch to Goodison but, with him being available for a cut-price fee a year before his contract expired at the Etihad Stadium, Marcel Brands and Marco Silva had seen the value in adding his versatility to their midfield options, while denying that he would be a replacement for the departing Idrissa Gueye.

If Evertonians had hoped to see a much-needed midfield general in Delph, the veteran didn't quite live up to the billing in his first season at Goodison at a time when those qualities were sorely needed during a turbulent period that culminated in Silva's dismissal in December 2019. Delph battled a series of minor injuries that didn't help his attempts to settle at his new club and he wasn't able to provide the leadership in deed or inspiration to prevent the team's form from collapsing over the first half of the season either.

The arrival of Carlo Ancelotti as Silva's replacement offered hope of an Everton revival but Delph would miss the entirety of "Project Restart" following the Covid-19 lockdown that extended the Premier League season into late July because of a soft-tissue injury sustained in training. He had spent half of his first Everton season on the treatment table and those injury problems would run into the new season, with the Yorkshireman still sidelined.

He would make just two starts and six sub appearances and he was rumoured to be one of a number of players that new manager Rafael Benitez was happily to dispense with in order to bring in more players to his liking in the summer of 2021 after Ancelotti had left for Madrid.

Delph reportedly told his new boss that he wanted to stay, however, and fight for his place during the last 12 months of his contract and Benitez would continue to utilize him as a squad player when available until yet another injury put him back on the sidelines – this time, in September 2021, it was a dislocated shoulder sustained in a training session that would keep him out for seven league matches.

Now 32, Delph returned to the team as a half-time replacement for Jean-Philippe Gbamin at Wolves in November and secured a starting place in the team for subsequent games, but he would not play any full games in a 6-week spell that saw him sidelined once more with a serious hamstring injury that threatened to end his season.

He returned, however, in April 2022 to play some key roles in victories over Manchester United, Chelsea and Leicester City that would be key in securing Everton's Premier League survival after a nasty brush with relegation, the veteran's last contribution before his contract expired in June and he was released by the club.

Delph announced his retirement from football in September 2022.