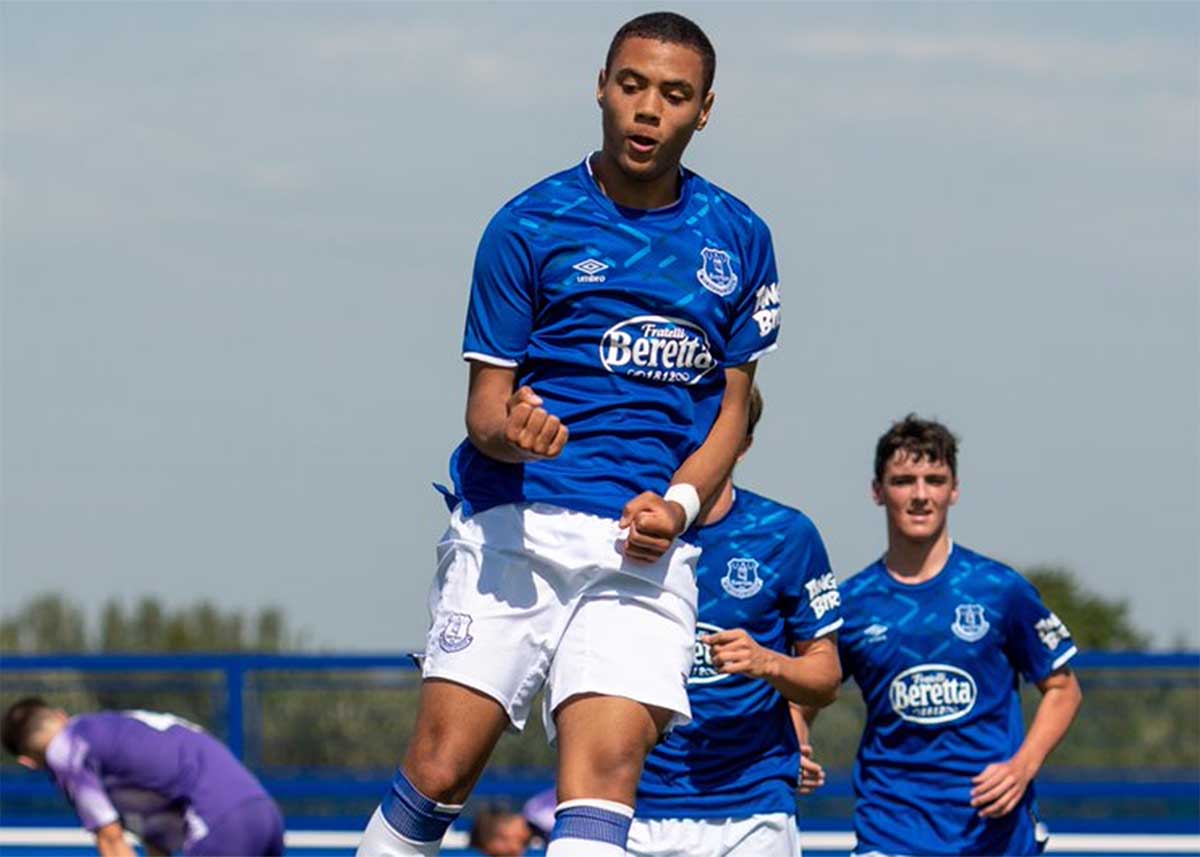 Lewis Dobbin joined Everton's Academy aged 11 and progressed through the ranks to the point where he was named Under-18s Player of the Season in 2019-20 after scoring 11 times in 16 games.

A skilful, pacy striker, the Stoke-born player was rewarded with promotion to David Unsworth's Under-23s side that season and his first professional contract in January 2020, a deal that tied him to the Toffees until June 2022.

But he started the 2020-21 season playing for the Under-18s. Dobbin suffered as many young players do from a serious knee injury sustained in training. It happened in January 2021 and would sideline him for the most of the season. He did return for one game at U23 level but came off early and did not reappear.

However, fully recovered by July 2021, Lewis Dobbin had a tremendous pre-season for the Under-23s, scoring a remarkable trio of hat-tricks as David Unsworth readied his side for another tilt at the Premier League 2 title.  But the real thing proved a bit more challenging. Dobbin needed 5 games before he registered his first goal for the U23s.

However, he'd done enough to be recognized by Rafa Benitez and was named as a first-team substitute against Norwich in September 2021, coming on for a meaningless cameo in the last few minutes to secure his first team debut.

Into the final year of his contract, there was much discussion and uncertainty about his Everton future but that was resoved tward the end of January 2022 when Everton secured his signature on a new 3½-year deal running until June 2025.

Speaking to evertontv, Dobbin said: “It's a huge honour that the Club has put their faith in me with this new deal.

“I love Everton and I've been here for such a long time now. I'm so grateful for the chances I've been given and to all the coaches I've had during my time in the Academy.

“I'm comfortable in the environment here and I just want to make the people at Everton proud and my family proud.

“I'm going to keep working hard and keep pushing. Hopefully I can get more opportunities in the First Team and score my first goal.”