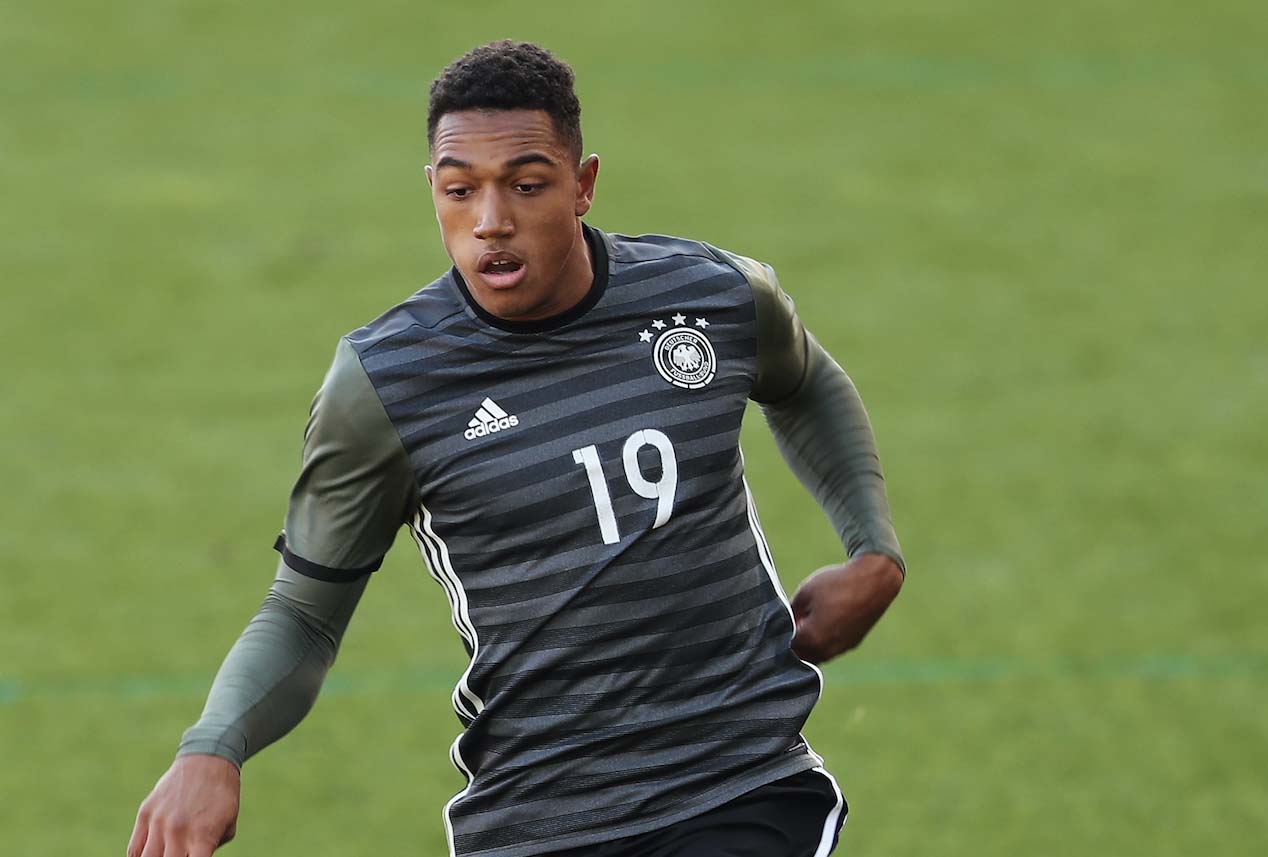 Signed on loan from Wolfsburg in January 2017, Anton Donkor was the latest player to be brought in under the new recruitment policy for Everton U23's under David Unsworth.

As well as providing the next step up the club's youth Academy graduates, the Blues' development squad was assuming a European-style B-team model whereby young talent from elsewhere could be scouted and acquired for relatively modest sums to see if they could be groomed for the fist team.

Dominic Calvert-Lewin and Ademola Lookman, teenagers signed from Sheffield United and Charlton Athletic respectively had already been signed when Donkor was identified as a prospect worth running the rule over and he was drafted in on a temporary basis until the end of the season.

He made a lively debut for the U23s in a Premier League 2 match against Old Trafford at the end of January, winning a penalty and creating one of the Blues' goals in a 3-1 win.

However, he suffered what turned out to be a serious injury after barely 10 minutes had elapsed in the U23s' Premier League Cup match at Carrow Road when the 19-year-old went down following a foul from Diallang Jaiyesimi and needed sustained treatement on his ankle before being withdrawn. It was only his third game for David Unsworth's side and the player returned home to Germany for assessment and treatment.

Donkor was ultimately ruled out for the rest of the season, with his loan spell at Everton effectively suspended. The club reportedly had a £1.5 million agreement in place to sign Donkor permanently in the summer, but instead Everton agreed a renewed loan deal for six months that would run through January 2018.

Donkor seemed pleased with the deal, telling evertontv:  “I'm very happy to be back. I'm looking forward to pre-season to show my teammates and the fans that it was the right decision for the Club to re-sign me. I'm very proud to be here and I want to show my best performances.

“I started very well here last season but the ankle injury was a big disappointment. I was out for about eight weeks and I had to go back to Germany and do all my treatment. But I got fit again quickly and now I'm feeling better than before. I'm feeling at 100 per cent.”

Donkor played only a bit-part in the first half of the new PL2 season, making only 1 start being used mostly as a sub and failed to really impress in the defence of the trophy won under David Unsworth's guidance last season. He was allowed to return to Wolfsburg when his loan deal expired at the end of 2017.