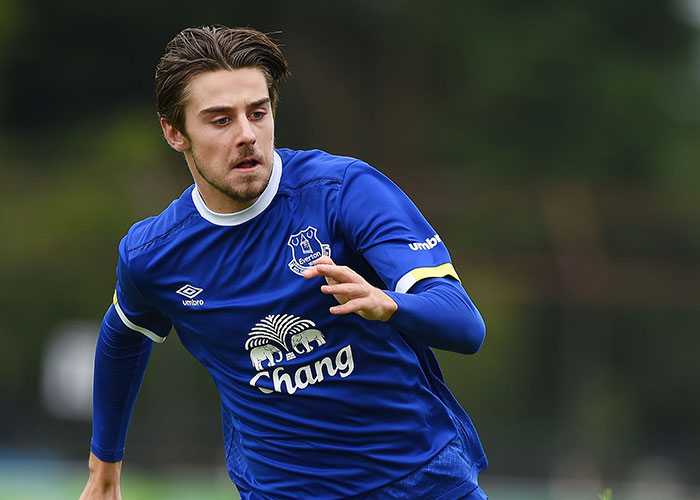 Antony Evans joined Everton's Finch Farm Academy at the age of 9 having previously training with rivals Liverpool and signed professional forms with the Blues in October 2015, when he was highlighted by The Guardian as one of the best Next Generation talents at Everton.

He broke into the club's Under-21s side in 2015-16, scoring three goals in just two appearances for David Unsworth's side, earning him a loan spell at League Two Morecambe where he made 14 appearances, scoring twice.

Returning to Everton, he established himself as a regular in what became the Under-23s and by early 2018 had been named captain of the team shortly before signing a new 2½-year deal with the club.

“Everton is a great club and I am delighted to sign for another couple of years,” Evans said after committing to the Blues until 2020.  “I wanted to get a foothold in the team, kick on and get a contract. We have a new [first-team] manager and new ways, so it is an exciting time at the club.

“Ultimately, I want to try to get in the first team, whether that is through going on loan again or staying with the Under-23s and continuing to perform consistently.”

With Everton’s Under-23s going through a season of “transition”, Evans was tasked by David Unsworth to lead from the front in the absence of the injured Morgan Feeney and, after building a great reputation in the Under-23s, he went out on loan again, this time to Blackpool for the second half of the season in January 2019.

Despite remaining a solid regular at U23 level, Evans wasn't able to make the step up and, with his contract set to expire in the summer of 2020, he secured a permanent move to SC Paderborn 07 in Germany on a 2½-year deal during the January transfer window of that year, having never played for the Everton first team.

He made a handful of appearances for the German club, then agreeing to a loan move back to England for half a season with Crewe Alexander. In August 2021, he joined Bristol Rovers on a free transfer.