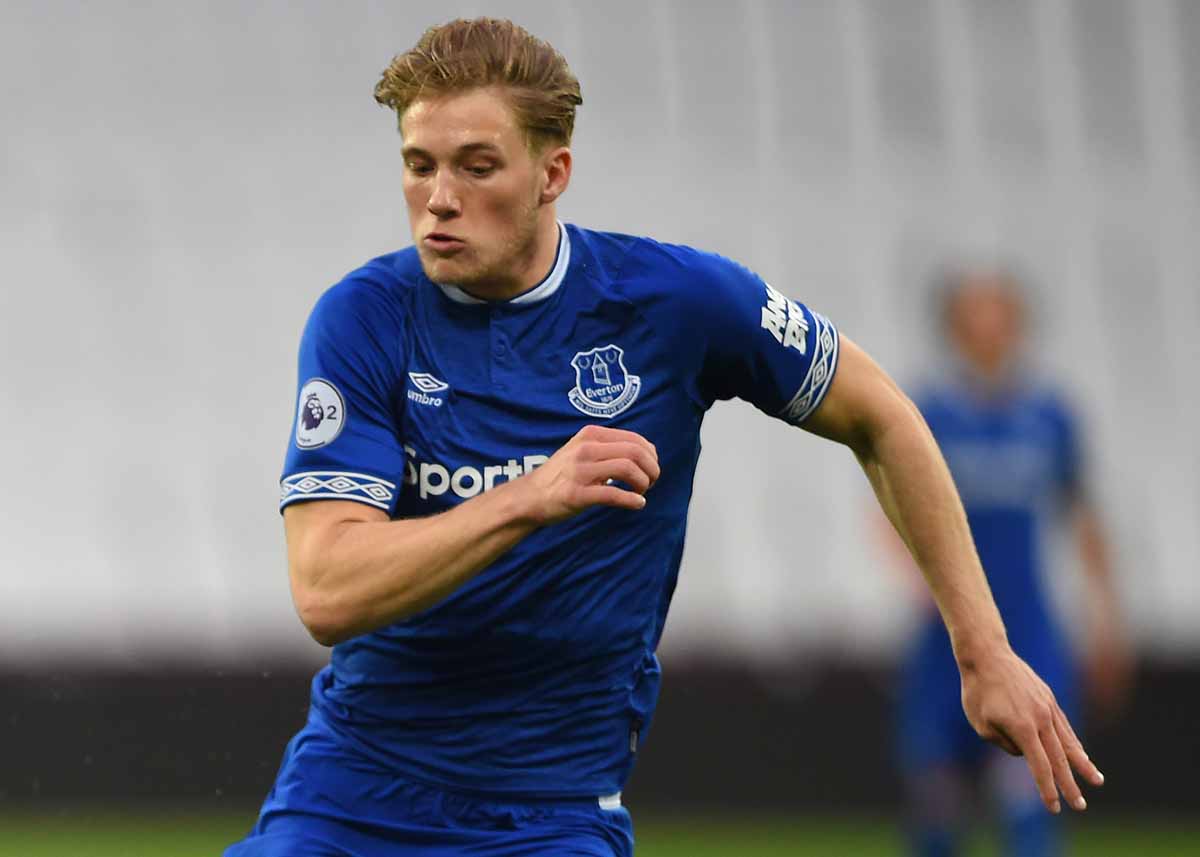 Lewis Gibson, was signed from Newcastle United's Development Academy in the summer of 2017 soon after he turned 17. The left-sided defender turned down offers from Spurs, Man City and Southampton, among several others, to join the Blues.

He made an impressive start to life on Merseyside in the Blues' youth setup and has explained why the decision to join Everton was an easy one.

"The way the club is going at the moment, everything seems to be on the up,” said Gibson, while at an Everton in the Community event. "The Under-23s won the league last year and I knew the potential the team had. And the way I play, I fitted right into their system and it was also about how much they wanted us, it showed from the start.

“My old manager at Newcastle [Under-18s] was Dave Watson,” he explains. “So I already had a link [to Everton] through Dave. Dave Watson helped me a lot and developed me as an Under-18s player and now David Unsworth is making me an Under-23s player, working on little things like positioning.”

Gibson would be a first choice on the teamsheet for Unsworth, racking up the second highest appearance stats for the U23s in his first season at Everton behind Bassala Sambou.

His second season was disrupted by a long injury layoff, however, which required surgery on his ankle and an abortive return in October saw him stretchered off after 38 minutes against Arsenal U23s.

Initially feared to be an anterior cruciate ligament injury, scans showed a dislocated knee and ligament damage to the opposite ankle that was operated on just months before. He would not return until the New Year but would then play in almost every game leading to Everton securing the Premier League 2 trophy and Premier League Cup double in 2019.

With the possible signing of former loanee Kurt Zouma at best uncertain that summer, manager Marco Silva promoted Gibson and gave him valuable exposure in the senior side's early pre-season training friendlies before he scored a first-team goal in a friendly against Mainz:

“It's unbelievable, it's what dreams are made of, really,” he said at the time. “I've been waiting a while now – since I was little, I've just always dreamed of this and obviously now it's come and I'm just ready to take my opportunity.

“It's unbelievable to be around players who have done amazing things in their careers and I'm learning every day, taking notes off the gaffer and the players. The style of football we play – I think it suits my game and what I want to do. It's very good and the help's great. All the coaches and players are very supportive.”

A strong and imposing presence at the back, the defender demonstrated a comfort on having the ball at his feet and playing out with it but as his development continued, he sought greater assurances of his first-team prospects with the expiration of his contract on the horizon in the summer of 2020.

In January 2020, after another good stint in the Under-23s following his recovery from a medium-term injury, Gibson erased fears that he might leave as a free agent the following summer by committing to a new 2½-year contract before making a loan move to Fleetwood Town for the remainder of the season, where he made only 6 starts.

With the centre-back position well covered in Carlo Ancelotti's squad, he then joined Reading on loan for the 2020-21 campaign as Everton sought to get him as much first-team exposure as possible, particularly after Jarrad Branthwaite had moved ahead of him in the pecking order for the first-team squad.

But it took quite some time for Gibson to get off the bench and have any involvement with the Reading first-team: he played in only 4 games through the first half of the season before picking up a quadriceps injury on December that kept him out for a month.

Things didn't really get that much better with the young Everton player spending an awful lot of time on the bench and making only 7 starts in the entire campaign.

Gibson had another year on his Everton contract and got to play in the 2021 pre-season Florida Cup games under new manager Rafael Benitez as he turned 21 but it seemed unlikely he would be integrated into the new manager's Premier League squad and the decision was made before the start of the campaign that he should go out on a season-long loan at Sheffield Wednesday, with the aim of finally giving him an extended run of first-team football to build up his experience. .

However, Gibson didn't have much better luck than before with this latest loan spell in Yorkshire. The Owls had played 17 matches by the end of October 2021 and he had started just twice, playing the first half of only one League One game, against Bolton Wanderers. He picked up a muscular injury in that match, with manager Darren Moore indicating that he may have to look at drafting in a replacement in January and that there has been dialogue with Everton over the status of the loan deal moving forward.

Gibson returned to Finch Farm for extended treatment and eventually returned to Hillsborough, passing fit to be part of the Wednesday squad for all of five games in February and March before the injury curse struck yet again, with him only getting on the bench for four more games.

Approaching the end of his Everton contract, he still seemed as far away as ever from the Toffees' first-team and it seemed as though the summer of 2022 might see him leave the club as a free agent.

After protracted negotuations over the summer, however, he signed a new one-year contract in August and secured an immediate loan move to Bristol Rovers for another shot at getting a consistent run of matches under his belt.