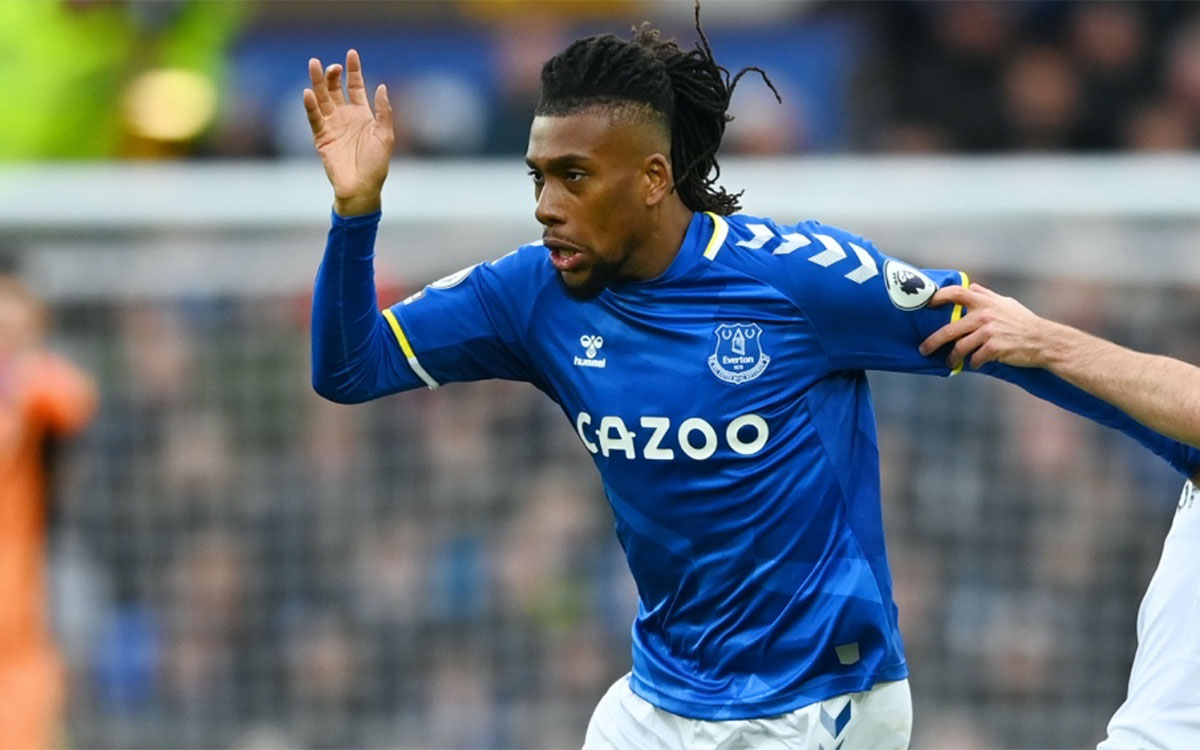 Everton secured the somewhat surprising transfer of Alex Iwobi from Arsenal in an eleventh-hour deal just prior to the closure of the transfer window in August 2019.

The 23-year-old, nephew of former Bolton Wanderers star Jay-Jay Okocha, signed a 5-year contract at Goodison Park after Everton had been rebuffed by Crystal Palace in their attempts to sign a prime sumemr target in Wilfried Zaha. Not that Iwobi was necessarily a direct alternative; as Marco Silva said after the move was finalised, “Alex was one of our main targets for this window and I believe he is a fantastic signing for Everton. He is a direct and skilful winger and attacking midfielder who always works very hard for his team.”

Indeed, the Blues had had one bid for for the Nigeria international rejected a couple of days previously but returned with an increased offer that was officially undisclosed but reportedly worth £28m (with the potential to rise to £35m) a day after the Gunners had knocked back an opening bid, said to be just £30m, and successfully filed the paperwork in time for the deal to go through.

As Iwobi later told The Times, he had to scramble off a boat in Dubai to get the transfer through with minutes to spare.

“I thought the deal was off,” he explained. “Then, my agent was calling me: ‘Alex, they are going to put in another bid. What do you think? I need to know ASAP.’”

“Bear in mind I am still on the boat, so I have to tell the driver to turn around. He couldn’t speak English, so it was tough trying to get him to go back to our hotel in order to sign the papers. He was zooming [back to shore].”

“Everything was getting sent to the hotel. I was having to sign stuff and scan it back. Wait. Get something back again. The people in the hotel had no idea what was going on. They recognised me as an Arsenal player and they’re saying, ‘How’s Arsenal? How’s everything going there?’ And I am signing these papers trying to leave. That day was so crazy.”

With plenty of competition for places in Arsenal's forward line, Iwobi wasn't able to hold down a regular first-team spot at the Emirates and the arrival of Nicholas Pepe in a club-record deal would have made it even harder for him to get game time.

In all, Iwobi made 137 senior appearances for Arsenal in all competitions, scoring 15 times. One of his most impressive moments was the goal he scored in the Europa League final in May 2019, a brilliantly-struck effort that ultimately proved to be little more than a consolation but which underlined the quality he possesses.

He had been capped 36 times by Nigeria and has six international goals to his credit at the time he joined Everton.

One of the criticisms that had been aimed his way at Arsenal was his lack of end product but Silva tasked him with getting more goals at his new club and he responded immediately with a goal on his first start, heading home to put the Toffees 3-2 up in a League Cup tie at Lincoln City. He followed that up with another headed goal on his full home debut in a 3-2 victory over Wolves.

That would be it for the 2019-20 season, however, in terms of goals for Iwobi who struggled along with the rest of the team through a rut of poor form that ultimately cost Silva his job and ushered in Carlo Ancelotti as manager in December 2019.

Over the first few months of the campaign, it had become clear that Iwobi's best position was in a central role behind the striker(s) but Ancelotti's strong preference for 4-4-2 meant that the Nigerian didn't get an opportunity to shine because his favoured position no longer existed. He was deployed as a wingback or winger on a number of occasions without ever looking truly convincing, leaving much to prove in his second full season with the Toffees.

However, apart from a brief spell of being switched from left to right wing, Alex struggled to show real improvement in a team that was itself battling to find consistent form under Ancelotti whose only full season at Goodison was characterised by perplexing awful form at home even while in the empty stadia of the Covid-19 era, his side tied a club record for wins on the road.

His enigmatic contribution to games was perhaps best summed up by Darren Bent who said:

"Iwobi is a puzzling player, he tries his hardest, he can beat people with his skill, he tracks back and never gives up... but what is the result? Nothing! He gives the ball away, he overhits or underhits crosses into the box, he is inclined to try and pass instead of taking an opportunity to take a shot. He actually gives next to nothing to the team."

Iwobi's chance to change that perception would come but he would have to battle through the uninspiring and almost disastrous tenure of Rafael Benitez before he finally blossomed under Frank Lampard after the Spaniard was sacked in January 2022. He had begun the campaign with a goal and an assist in the opening four matches but his appearances became more sporadic and his contribution reverted to very little by way of end-product – except for Everton's only goal in the month of November, a consolation in the 2-1 loss at Wolves.

Whether it was operating as a wing-back in a five-man back line or in his more favoured No 8 or 10 roles, the Nigeria international was inspired under Lampard, though, who appeared to provide the inspiration and man-management skills that Iwobi needed to find himself.

Displaying determination, drive and ceaseless running for the cause that had seemed beyond him earlier in this Toffees career, he, along with Anthony Gordon, became an expression on the field of the passion and never-say-die spirit in the stands as Everton battled the threat of relegation.

He scored vital and dramatic goal 10 minutes into stoppage time against Newcastle at Goodison Park down the run-in, converting Dominic Calvert-Lewin's sublime lay-off to give the 10-man Blues victory and more than played his part in the club's successful bid to preserve their top-flight status.