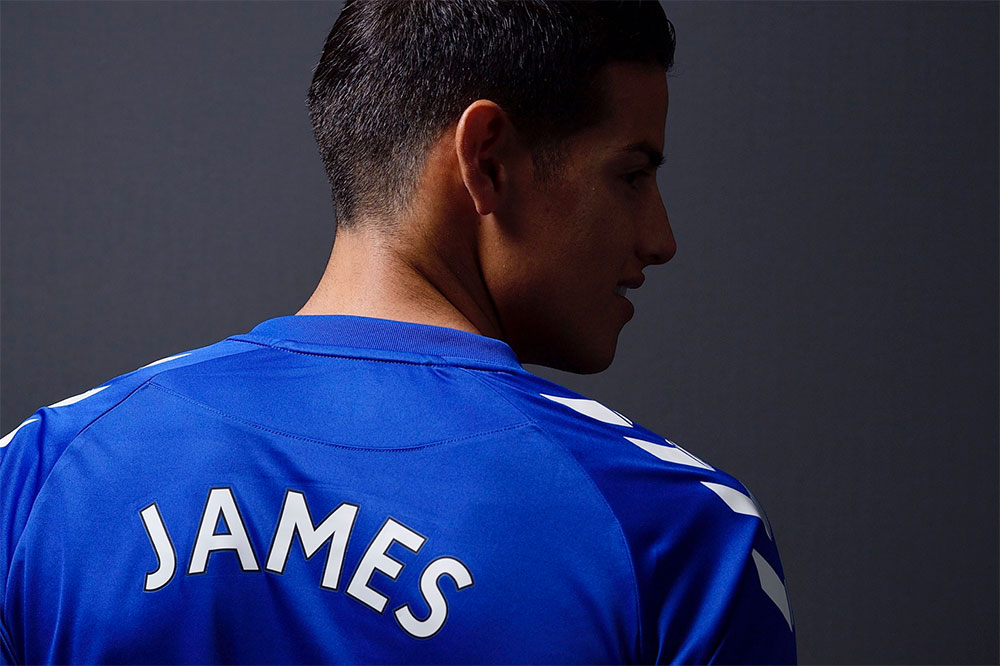 Six months into his tenure as Everton manager, Carlo Ancelotti was under no illusions about the size of the task he had inherited from Marco Silva in December 2019. Having witnessed his team limp to a 12th-place finish, hampered by a non-existent midfield, the Italian urged Director of Football, Marcel Brands, to put his model of buying younger players on pause in order to overhaul the midfield with players capable of making an immediate impact in 2020-21.

Ancelotti targeted two of his trusted former players, drafting in Allan in early September 2020 and following him up swiftly with James Rodriguez, the Colombian superstar with whom he had worked at Real Madrid and Bayern Munich having made him the fourth-most expensive player in world football in 2014 when he signed him from Monaco for £63m.

Ancelotti is believed to have been instrumental in persuading James to join him at Goodison Park, vouching for him personally and making a number of phone calls to him to describe the project he is working on with the Toffees.

Rodríguez signed a two-year contract (Marca in Spain reported that he halved his salary to €4.5m a year, around £76,000 a week, to make the move happen but Colombian journalist Pipe Sierra claimed his wages would be closer to £120,000 a week; by the time he left Everton in 2021 the figure being peddled in the media was up to £200,000) and chose the No.19 jersey, with the club retaining the option of a third year that would be triggered at a pre-determined number of appearances.

The fee was initially reported to be in the region of £22m but it later emerged that Everton and Real Madrid had signed a confidentiality agreement over the exact terms, with the consensus being that the Blues had paid either a portion or all of the Colombian's remaining £9m in wages in what was otherwise a free transfer.

“I am really, really happy to be at this great club, a club with so much history, and here with a manager who knows me really well,” he told evertonfc.com. “I'm looking forward to achieving great things here — and winning things, which is what everyone's aim is. I've come here to try to improve, to get better. I've also come here to help the team to win, to play good football — entertaining football.

“I'm convinced, with Carlo and his technical staff, we can achieve big things and one of the big reasons [I signed] was the presence of Carlo Ancelotti. I have enjoyed some great times with him previously at two different clubs. That was a massive reason to come here."

Born in Cúcuta in Colombia's northeastern department of Norte de Santander and named after James Bond, Rodríguez began his career with second-tier Envigado, making his professional debut at just 14 years of age, before moving to Banfield in Argentina.

Porto brought him to Europe in 2010 (apparently only after Everton, under David Moyes, elected not to pursue a move for him on the grounds that he wouldn't have qualified for a work permit) and he spent three trophy-laden seasons there before moving to Monaco ahead of the 2014 World Cup.

It was on the big stage in Brazil that James announced himself to the world, driving his country to the quarter-finals in their first appearance in the World Cup Finals for 16 years, and claiming the Golden Boot with six goals, one of them a stunning, career-defining chest-and-volley against Uruguay in the Round of 16 from outside the box.

That earned him his big-money move to Madrid but while he had a “banner” year in his first season at the Bernabeu under Ancelotti, finishing the campaign as the Galacticos' player of the season, his form gradually ebbed away after the Italian left until the pair were reunited at the Allianz Arena in 2017.

James acquitted himself well in Germany in a two-year loan spell that was, like his 2018 World Cup campaign, disrupted to a degree by injury, not least when he ruptured a knee ligament in his second season in Germany. He played 28 times that season and scored seven goals but it wasn't enough to persuade Bayern, now shifting focus to longer-term building under new boss Niko Kovac, to take up the option of signing him permanently.

He returned to Madrid but found once again found it difficult to establish himself in a successful, trophy-winning team and because of injury and competition for places, he would make just one appearance in La Liga between November 2019 and the end of the protracted season in July.

The attacking midfielder had one year remaining on his contract at the Bernabeu and, with Madrid looking to lighten up their wage bill, he was made available for transfer this summer and Everton swooped to wrap up his signing a week before the start of the new Premier League season.

He made an immediate and stunning impact at Everton as the Toffees romped to the top of the Premier League table in the early weeks of the 2020-21 campaign. He scored three times and his fabulous cross-field balls to Lucas Digne were a particular feature of what was an exciting start to life under Ancelotti.

Things began to unravel, however, following the Goodison derby when James was clattered by Virgil van Dijk inside the first two minutes of what became a bitterly-contested match made infamous in the press for the injury the Dutch defender sustained in a collision with Jordan Pickford and a red card shown to Richarlison for an ugly lunge on Thiago Alcantara.

Rodriguez played through what eventually turned out to be a groin injury but he would not be effective as he struggled for the next two months and he ultimately missed most of the busy December schedule, including those matches where 2,000 supporters were allowed back into Goodison Park as the Covid-19 pandemic appeared to be easing.

James was never able to recapture either that early-season form or put together a consistent run of appearances together to be a consistent member of the team. He returned in the New Year and scored excellent goals against Leicester, Manchester United and Crystal Palace while also getting a glorious assist in the Anfield derby but by the final weeks of an increasingly poor season, the Colombian was routinely absent, missing nine of the last 14 fixtures as the Blues fell short of European qualification.

Though it was always assumed to be the calf problem that had blighted him since the 2018 World Cup, the nature of his injury was never adequately explained by Ancelotti, leaving frustrated supporters left to speculate whether the player simply didn't fancy the rough environs of the English game or genuinely couldn't play regularly enough because of injury.

Most Evertonians were happy to accept his acknowledged limitations in exchange for the priceless moments of brilliance he could produce but their patience wore thin when he left England for Colombia before the final game of the season, posting a "selfie" of him relaxing on his private jet days before Everton were humiliated at Manchester City in what would be Ancelotti's last act as manager.

Though it was assumed that Ancelotti's abrubt departure for Real Madrid in June 2021 would signal the end of James's time in a Blue jersey, the English transfer window came and went without him being able to find a club. Everton had hired Rafael Benitez, with whom Rodriguez had worked somewhat unsuccessfully at the Bernabeu in 2015-16, and the club reportedly told James that he was free to leave.

Talks over a loan move to Turkey didn't progress very far, with the player indicating that he would prefer to stay at Everton and give it another go in England and with the Colombian FA excluding him from the national squad for the 2021 Copa America tournament, there was hope that with a summer's rest and some targeted physiotherapy, there might yet be scope for him to stay.

James had duly turned up on time in early July for pre-season training with Benitez and he played in all the pre-season games but the speculation about his Everton future was persistent eben after a possible part-exchange deal with Porto for his compatriot Luis Diaz collapsed.

In the end, with Everton still struggling under the weight of financial fair play rules and James nowhere near a first-team start, an opportunity arose for him to join Al Rayyan of the Qatar Stars League in September 2021 and he elected to sign for them in a permament switch for an undisclosed fee. That ended his year-long association with the Toffees without supporters ever being able to watch him in the flesh at Goodison Park.

→ Ancelotti Sprinkles Some Colombian Stardust with a Point to Prove