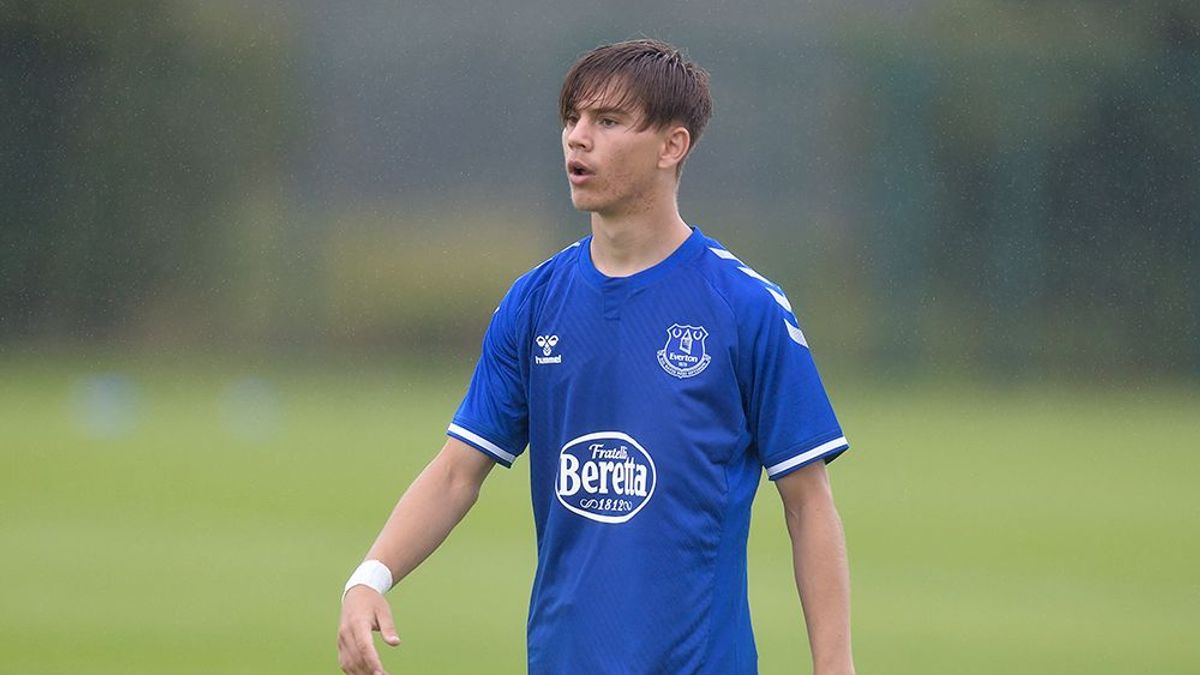 Attacking midfielder Charlie Whitaker has been at Everton since the age of 12 having previously been at Blackburn Rovers.

He made his Under-18 debut shortly before the 2019-20 campaign was curtailed by the coronavirus pandemic. At U18 level, he was initially one of 3 or 4 players used in rotation, often coming on as a sub, but he seemed to have the knack of scoring goals frequently for a midfielder, even from the subs bench.

Charlie signed a 3-year professional contract in September 2020 and followed it with an excellent season for the U18s, taking the young Player of the Season award. He was elevated to the Under-23 side before the end of the season.

He tends to play behind the striker in the middle, like a No 10 role, picking up the ball, moving it forward, tackling when needed.

He played his part in the 2021 FA Youth Cup run and really taking his chances with the U23s by scoring goals including a hat-trick against Southampton.

He’s very willing to work hard in midfield alongside or behind a striker . He strikes the ball well but not in a spectacular way, he’s quick but not exceptionally speedy.

He gets up well to head the ball, he’s comparatively slight but holds his own. His football brain has set him apart so far, speed of thought, being in the right place at the right time, playing the right ball, playing with maturity for one so young.

Whitaker proved to more than comfortable at the higher age group, scoring that final-day hat-trick in a 4-0 defeat of Southampton to end with five goals from four starts for the U23s.

Both Whitaker and the U23s struggled in the new season, with so many of the older and more experienced players encouraged to move on in a purge intended to lower the average age. But an unintended consequence was that it significantly reduced their competitive edge and damaged the team environment that players like Whitaker needed in order to thrive.

Whitaker was a key creative figure for the U23s with his lively running, excellent passing and a nose for scoring some fine goals. But he was out of action with an injury for nearly 3 months in mid-season, and that put paid to any further progression on the pathway to first-team football that his efforts really deserved.

He returned to action with the newly branded U21s for season 2022-23 and was rewarded with a new 3-year contract in November 2022.