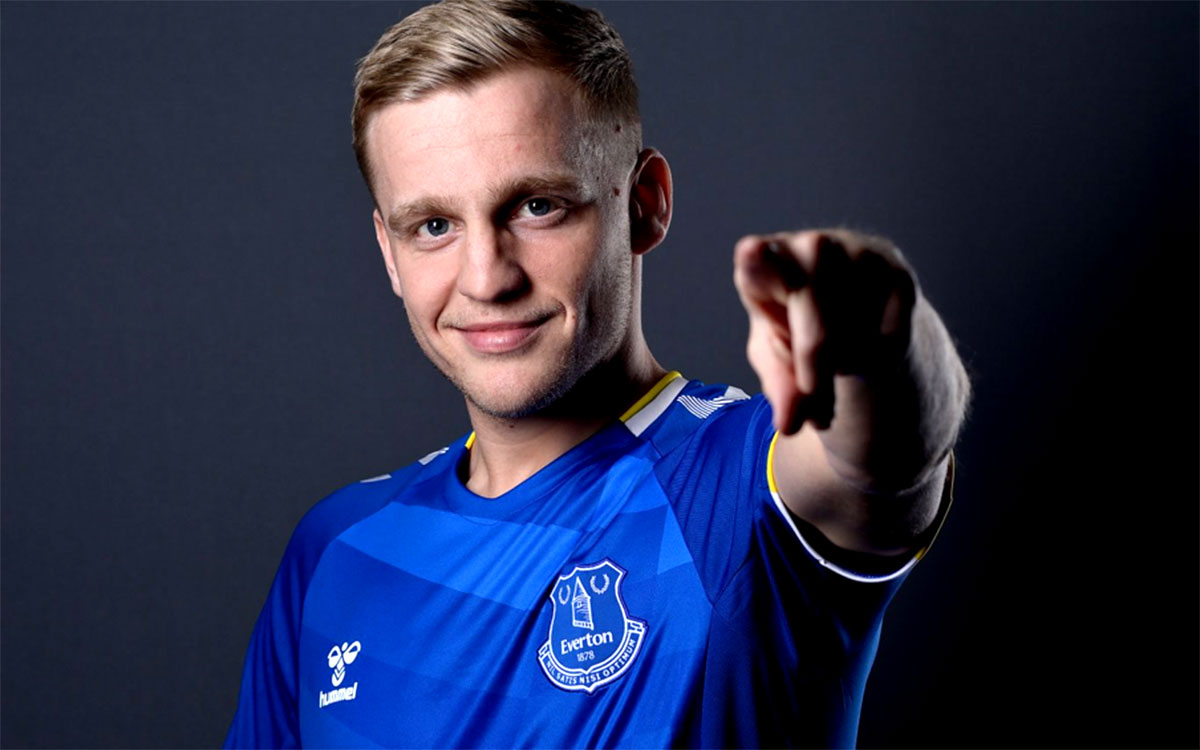 Donny van de Beek joined Everton on loan on transfer deadline day of January 2022 on the same day as the club's new manager, Frank Lampard, was unveiled. The Dutchman opted for Goodison Park and the chance to remain in the northwest over a switch to the Capital to play for Crystal Palace for the remainder of the 2021-22 season.

The move comes six months after it was initially proposed but rejected by United and the Daily Mail were reporting that the Red Devils refused to give Everton the option of buying Van de Beek outright at the end of this season.

Van de Beek joined United from Ajax in a £35m deal in the summer of 2020 but found it hard to hold down a regular starting role under Ole Gunnar Solskjaer and hadn't played more than 45 minutes in any League game so far prior to joining Everton.

His status at Old Trafford had been the subject of much discussion in then preceding months but he got the chance to kickstart his career at Everton. Dennis Bergkamp, the father of Van de Beek's girlfriend, is said to have been instrumental in the deal while former Blues defender John Heitinga also advised his compatriot that Goodison Park would be the right destination for him.

After a short introduction late into the game at Newcastle, Donny van de Beek began to show his class and contribution in midfield on his full debut against Leeds in front of a highly motivated Goodison Park crowd.

But he started the next 4 Premier League games without really impressing, and would be out sick before tweaking a muscle in his thigh during the warm-up at West Ham. Van de Beek would go on to miss 6 games of Everton's fear-fraught relegation run-in before he was fit enough for the subs bench in the final two games.

He played his last Everton game of a somewhat pointless loan spell, coming on as an early sub for Doucouré, and scoring a consolation goal in the 5-1 shellacking at Arsenal, before returning to his parent club, Manachester United, at the end of the season.

“For my experience, I think [the Everton loan] was good,” Van de Beek would latter tell the Man Utd website. “Obviously, I was a little bit unlucky with my injuries. I missed a lot of games but to have that experience.

“It was not an easy season for the team, because we played to avoid relegation, which is not what you want for a club like Everton. But, overall, it was a good experience to be there.”