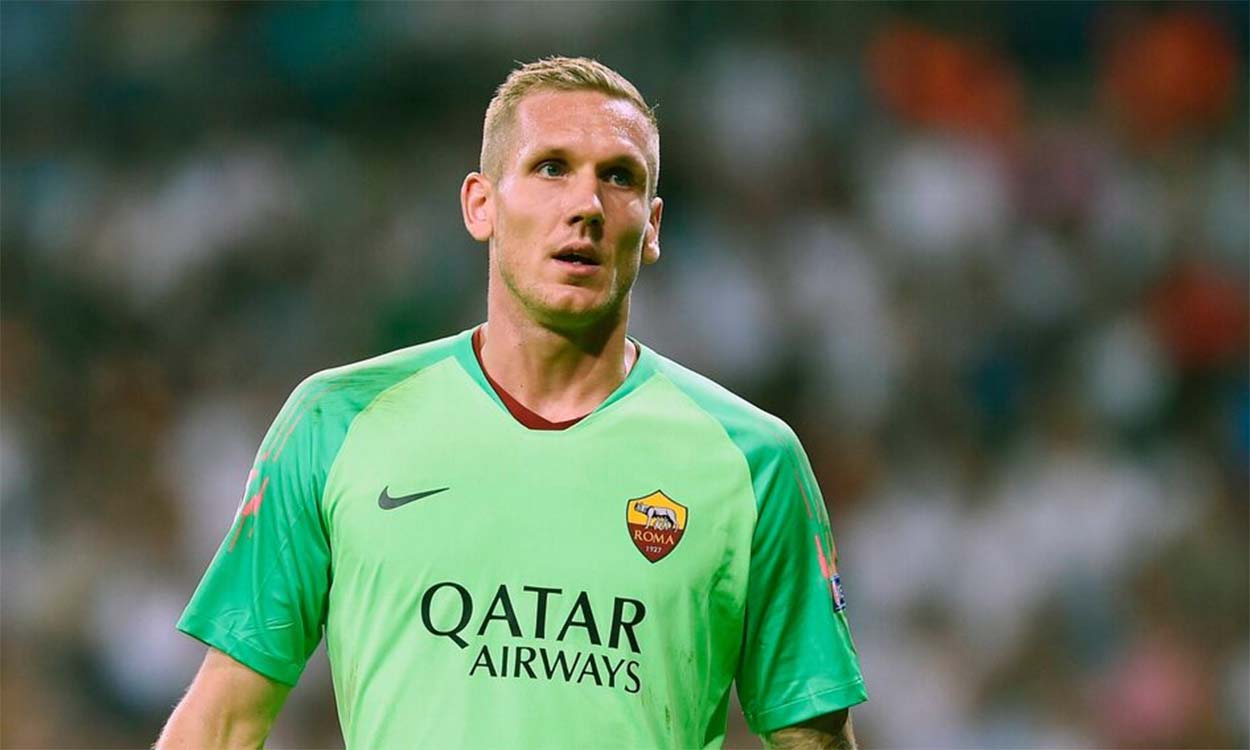 Swedish international goalkeeper Robin Olsen was Everton's second deal of Transfer Deadline Day in October 2020. The 30-year-old was picked up on a season-long loan from AS Roma where he had recently been made available for transfer having spent the previous season on loan at Cagliari.

After spending the first eight years of his career in his native Sweden, ending with a three-year stint at his hometown club, Malmö, Olsen moved to PAOK in Greece in 2015 but was loaned to FC Copenhagen in 2016 before signing for the Danish club on a permanent basis that year.

Roma signed him from Denmark for €12m following his exploits during the 2018 World Cup in Russia where he helped his country reach the last eight but his move to Italy didn't go as planned.

He played the first season in Rome but was sent out on loan to Cagliari in August last year during which time he was suspended for four matches for a fracas with Gianluca Lapadula of Lecce. But his contract with AS Roma runs through 2023.

Olsen, who had been capped 38 times by Sweden at the time, was brought in on loan by Marcel Brands and Carlo Ancelotti to provide competition for Jordan Pickford who had been in unpredictable form in 2020. He made his debut when Pickford was dropped to the bench for the Premier League game at Newcastle in the Premier League, but Carlo Ancelotti made it clear this was only for one match.

However, as Pickford's erratic goalkeeping continued to cause concern, Ancelotti started a period of squad rotation between the two players, with Olsen becoming a more familiar sight in goal for more Premier League games.

In February 2021, Olsen and his family were subjected to a terrifying robbery at their home in Altrincham when a gang armed with machetes threatened them before making off with jewellery and a designer watch. The ordeal may have left deeper scars, with his family on the verge of returning to Sweden but they were moved into alternative accommodation by the club while security was upgraded at their house.  This followed a similar but possibly unrealted burgulary in Crosby when a safe was taken from manager Carlo Ancelotti's home by burglars.

Olsen would not play again for over a month after injuring an oblique abdominal muscle but he was given two more starts by Ancelotti, against Crystal Palace and Brighton, once he returned to fitness.

A noticably improved and far less erratic Jordan Pickford was reinstated for the remaining 8 games of the season and Olsen left Everton in June 2021 at the end of his loan spell, expressing disappointment that he had not been played more for the club. There was plenty of talk from Italy that Roma were keen to continue the loan arrangement into 2021-22 after Olsen's impressive performances for Sweden in the delayed Euro 2020 competition.