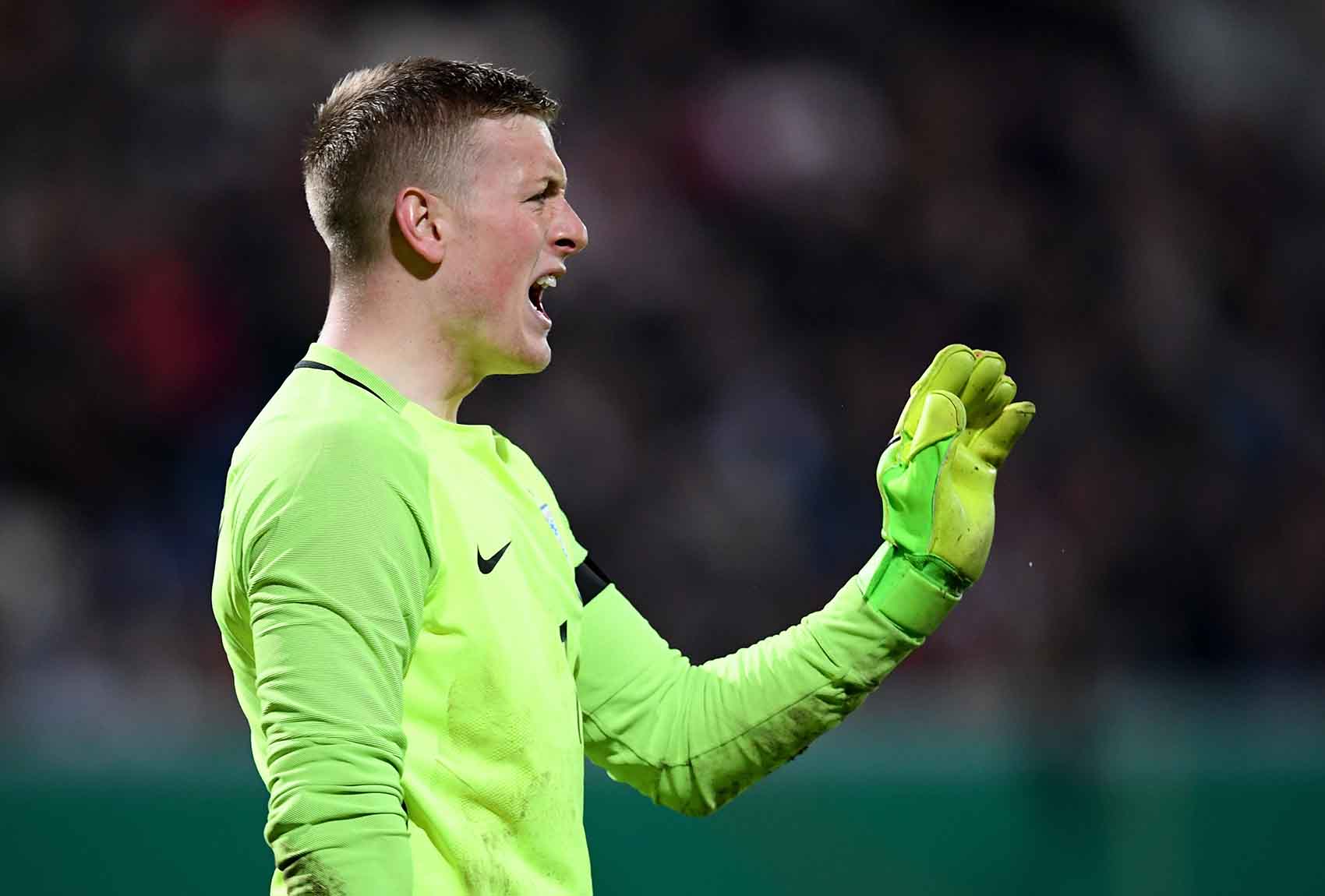 If a number of Everton supporters felt that finding a long-term replacement for departed veteran Tim Howard should have been a priority in the summer of 2016, incoming manager Ronald Koeman seemed prepared to fully assess long-time back-up Joel Robles while also drafting in compatriot Maarten Stekelenburg on a free transfer from Fulham.

Robles had finally displaced Howard as the first-choice goalkeeper at Goodison Park in the latter half of the 2015-16 season and while he initially found himself as second string behind Stekelenburg, he again earned the gloves under Koeman before his form faltered later in the 2016-17 campaign.

That left the Dutchman in no doubt that he did indeed need a new first-choice between the posts and he moved swiftly in June 2017 to sign rising Sunderland star Jordan Pickford in what had the potential to be a club record deal worth £30m at the time.

Still only 23, Pickford had played just 31 times for the Black Cats which made his astronomic fee something of a talking point when the deal was announced. Most observers agreed, however, that the young keeper's potential was so big that Everton's outlay would ultimately end up being a bargain, especially if he went on to represent the Blues for the next decade or more.

Pickford quickly settled into his new surroundings and began proving that the Blues' investment would be money well spent, displaying some welcome agility and tremendous shot-stopping ability, not to mention useful success at saving penalties, a quality that would serve him well the following summer when he was first-choice goalkeeper for England at the 2018 World Cup in Russia.

Though his largely uncontested selection as Everton's Player of the Season cemented his status as, perhaps, the most successful of the club's 2017 summer acqusitions, it would be his exploits on the world stage that vaulted him further into the national consciousness. Pickford had just a handful of caps to his name when he was handed the first-choice role by Gareth Southgate at the World Cup and, the storm in a tea cup over his failure to prevent Belgium's winner in the final group game notwithstanding (he was derided as being too short despite being the same height as Neville Southall), he helped England get as far as the semi-finals.

The Everton man excelled in a penalty shootout in the Round of 16 against Colombia, England's first success on penalties in the competition, and made perhaps the most underrated save of the tournament in extra time when he somehow finger-tipped a long-range effort wide. Pickford then kept Sweden at bay in the last eight with three tremendous saves that won a place in the semis where, sadly, the Three Lions were beaten by Croatia.

With his stature growing and the likes of Chelsea reportedly showing interest, Jordan was handed an improved six-year deal before the end of September 2018 but the following season, Marco Silva's first, revealed elements of his game that needed improvement as much as they reinforced his qualities.

His impreessive exploits continued on the world stage with England but in the Premier League, he was let down by the erratic defending and zonal marking being employed in front of him as the Blues' 2018-19 season derailed in dramatic fashion at the start of early December, the catalyst coming at Anfield where Pickford's last-minute calamity cost Everton a point. Instead of either leaving or pushing over a high, awkward looping ball, the keeper tried to catch it, lost control of it, and the ball bounced off the crossbar and straight to the grateful Divock Origi to nod home in the 96th minute.

It would be February until Everton were able to shrug off that derby disaster but there would be a couple more highly questionable moments from Pickford that would leave his maturity open to question, not least at Newcastle where Everton threw away a 2-0 lead and lost 3-2 with their goalkeeper twice at fault for what were felt to be avoidable goals.

Despite making headlines off the pitch for a scuffle outside a Sunderland bar, Pickford was initially able to shrug off the mistakes and the criticism, enjoying a solid end to the season as part of an Everton rearguard that racked up eight clean sheets in 10 games during a run-in that almost secured 7th place for Silva's side.

Despite playing in every senior game for a third successive season, however, Pickford's errors and erratic ways remained just under the surface in 2019-20, a season that would see more turmoil at Goodison as Silva was sacked and eventually replaced by Carlo Ancelotti. The England international's audition in front of the Italian over the remainder of the campaign was chequered, with mistakes creeping into his game, particularly towards the end of a season where the Toffees finished in 12th place.

It prompted Ancelotti to state publicly that Pickford needed to sharpen his focus while speculation began in the media that Everton might start the search for further competition for him following Maarten Stekelenburg's departure in July 2020 with the expiry of his contract. However, Pickford was still No 1 for the start of the 2020-21 season and pulled off some fine saves, keeping a clean sheet in an opening-day win at Tottenham.

Controversy was never too far away, though, with all-too willing national media ready to put the boot in. A clumsy collision with Liverpool's Virgil van Dijk in the Goodison derby would become a defining moment that signalled the end of Everton's brilliant start to the campaign and sparked a ludicrous witchhunt implicating the Everton gaolkeeper, the referee, VAR, and all who had conspired to debilitate arguably Liverpool's best player for the rest of the season.

Pickford was forced to hire a bodyguard in the wake of death threats from reds fans but though the furore around the incident and a red card - and subsequent suspension - for Richarlison had a destabilising effect on Everton's season, it ultimately forced the goalkeeper into a period of reflection whereupon he sought the help of a therapist to help him focus.

The acquisition of Robin Olsen on loan from AS Roma also proved to be instrumental in improving Pickford's maturity and decision-making, with Ancelotti playing one off against the other at some key stages of the season.

Pickford was sidelined by injury for four games but he returned a virtually changed player and that set the platform for an excellent showing that pandemic-delayed Euro 2020 tournament in the summer of 2021, where he kept a record serioes of clean sheets through to the semi-finals, and saved two spot-kicks in the final penalty shoot-out, only to be let down yet more failure from the spot by England's selected penalty-takers against Italy.

Ancelotti's abrupt departure from Goodison that summer threw Everton back into chaos and after the controversial hire of Rafael Benitez as manager in somewhat predictable failure, the club slid into a protracted and nervy struggle to avoid relegation.

Pickford, who had suffered the pain of demotion with Sunderland, stood tall, however, and emerged as the club's player of what was almost a ruinous season. The former Mackem reclaimed the form of his first season on Merseyside with a string of excellent displays, including one against Chelsea where he produced the save of the Premier League season, a seemingly impossible stop to deny Cesar Azpilicueta and later prevented Antonio Rudiger from equalising by taking a shot full in the face.

Despite a lukewarm start to the new season after Premier League survival, Pickford was increasingly confident and effective, perhaps benefitting from wearing the Captain's armband, putting in a fantastic display of brilliant saves to keep his first clean sheet of the season against Liverpool. But the cost of that was a thigh injury that would sideline him for the next month, and threaten his place in goal for England at the World Cup in November.