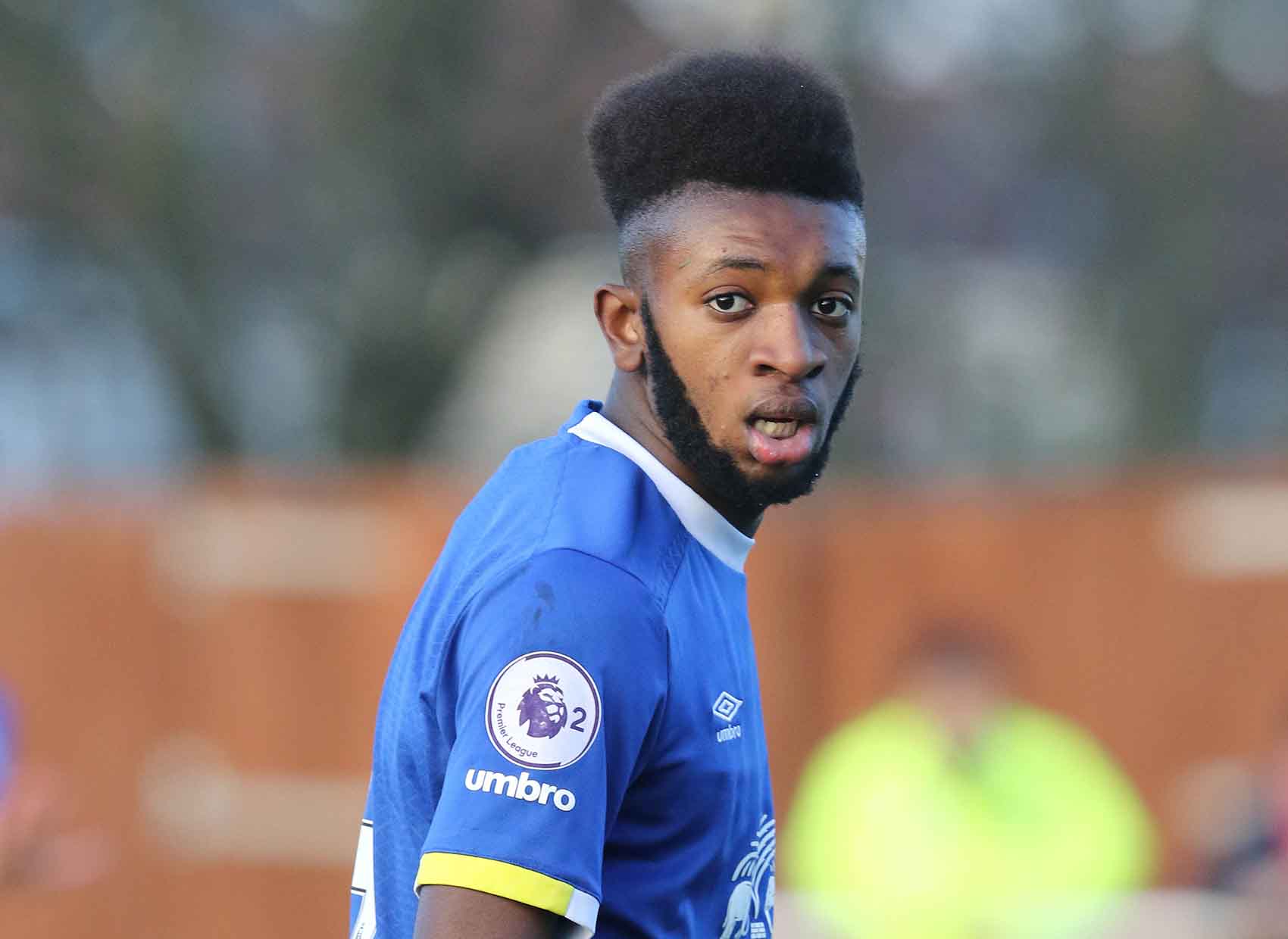 Beni Baningime joined the Blues when he moved from the Democratic Republic of Congo as an 8-year-old and he would successfully move through the ranks at Finch Farm to make it all the way to the first team where it broefly looked as though he might establish himself as a regular in 2017.

He had already made the step up to the Under-23s from the Under-18s, whom he helped win the Dallas Cup in 2016, to become a regular in David Unsworth's side after he signed a 2-year contract.

“I'm happy with the way I have progressed," Baningime told evertonfc.com at the time. "At the end of last season, I found my form and was playing well. It's carried on into this season and hopefully it continues even longer.

“I had no idea the contract was coming. I was surprised that I went away with the Under-23s in pre-season because I thought I would be with the Under-18s for most of this year. David Unsworth had faith in me and I'm delighted that it has paid off.”

Beni began to impress at U23 level as the 2016-17 season got going and he was handed an improved 2-year contract running through June 2018.

Then 19, the midfielder was an instrumental figure for the U23s as they won the Premier League 2 title in 2017 and he was invited to train with Ronald Koeman’s first team. After penning an extended new deal in October 2017 that would run until June 2020, the young ball-winning midfielder was aiming to become the next Academy talent to be called on by the Dutchman at senior level.

“I have been working so hard for this and I am just glad David Unsworth and his staff have given me this opportunity," he said. "My ambition is to make the first team but I will have to see what happens. That is my dream, to play in Everton’s first team. It has been ever since I came here.

“My progress has been fantastic. And it is all down to the coaching staff. Everything about my game, they have helped me with it all and I am extremely grateful. I speak to Tom (Davies) and Jonjoe Kenny and they really want to do well, which inspires you to want to do it as well. So, hopefully, it will happen for me. They are both great talents – but it is the hard work and how they conduct themselves which is really good.”

His baptism at senior level would come quickly after Koeman was sacked and Unsworth was put in temporary charge of the senior side in October 2017. Baningime was handed a surprise debut at Stamford Bridge in a Carabao Cup 4th Round tie and was unlucky to be on the losing side as Chelsea's home advantage and some superb goalkeeping denied a strong second-half fightback by the Blues.

Baningime continued to feature following the appointment of Sam Allardyce and ended the 2017-18 season with 12 appearances to his name, including three outings in the Europa League. Those would be the only games he ever played for the Everton senior team, though.

In May 2018, Baningime signed a new 4-year contract with Everton that tied him to the club until the summer of 2022 but he would pick up an ankle injury in the summer which would keep him sidelined until late October while new manager Marco Silva and Marcel Brands strengthened the senior Everton squad significantly, making upward progression for the young Congolese-born lad that much more difficult.

When he was finally fit again, the decision was taken to send him out on loan with Wigan Athletic in the Championship for the second half of the 2018-19 season. However, his ankle had not been right and he would only play one game while at the DW Stadium.

Beni would go on to struggle with that compromised ankle for more than a year as he worked on building match fitness during the 2019-20 season back with the U23s, where he was able to play 21 games in all before the Coronavirus pandemic terminated the season in March.

Injuries to key midfielders in the senior squad, however, saw Baningime training with them before the disrupted Premier League season restarted in June 2020. But, while he was named among the expanded list of 9 substitutes for most of the remaining matches of the protracted campaign, he was not called upon by Silva's replacement, Carlo Ancelotti, despite the poor form shown by those ahead of him in the pecking order that contributed to a dismal 12th-place finish.

With the arrival of midfield trio, Allan, Abdoulaye Doucouré and James Rodriguez before the start of the new 2020-21, Baningime's first-team prospects appeared to be as distant as ever and he found himself back with the U23s until the New Year, when a loan move to Wayne Rooney's beleagured Derby County was negotiated. Derby avoided relegation from the Championship by just a point on the last day of the season, with the Everton man having contributed very little in yet another unproductive loan.

He was given a new shirt number, 36, for pre-season games under Rafa Benitez but would not go out with the rest of the first-team squad to Orlando for the Florida Cup. Instead, he would get the chance to relaunch his career in earnest in 2021-22 with Heart of Midlothian when a permanent transfer of the then 22-year-old for an undisclosed nominal fee was negotiated in July 2021, before the start of the new season.

It turned out that the midfielder left Goodison Park on a free transfer in August after the Toffees agreed to cut his contract short. Baningime still had 12-months remaining on his £8k-a-week agreement with the club, but then head coach Rafael Benitez did not expect to see the player force his way into his plans.