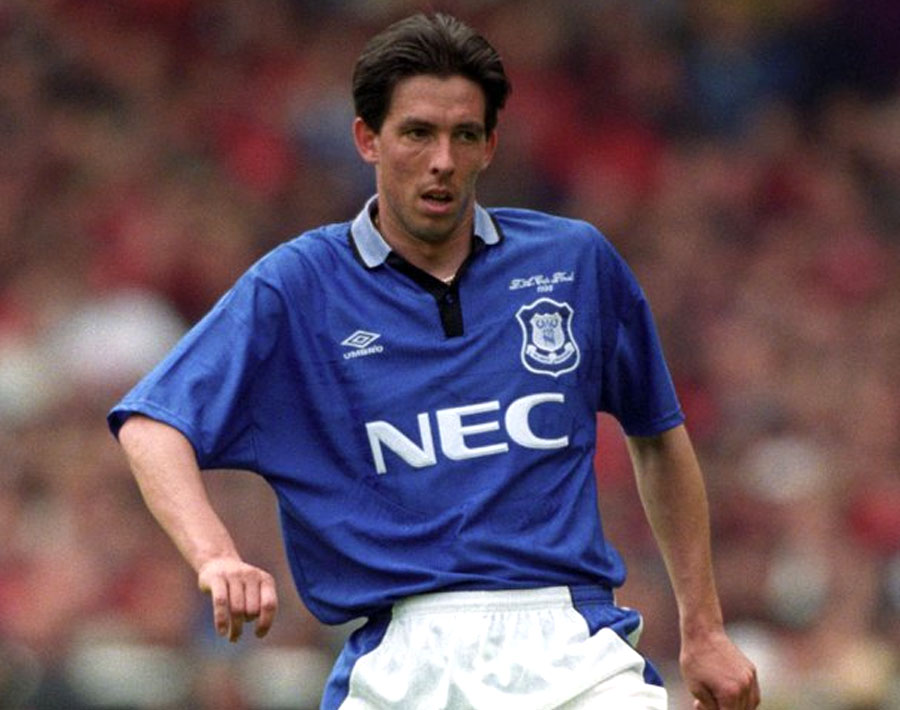 In the Premier Leaue era only four players have (as of 2022) crossed Stanley Park between Everton and Liverpool, one of them being Gary Ablett who began his career with the Reds and earned the rare distinction of lifting silverware with both clubs.

Born in Liverpool, Ablett made his senior debut in December 1986 and went on to become a key part of the Liverpool defence of the late 1980s and early 1990s.  He made the switch to Goodison Park after winning two league titles and the FA Cup during his time at Anfeld and became key a member of the Blues' team that escaped relegation on the final day of the 1993-94 and then famously won the FA Cup a year later under the management of Joe Royle.

Gary then moved on to Birmingham City after a short loan spell at Sheffield United, and was an integral part of their defence alongside former Manchester United defender Steve Bruce.

Ablett was released by then Birmingham boss Trevor Francis in 1999-2000 and signed for American A-League side Long Island Rough Riders in June 200, after a short spell with Blackpool under former Anfield team-mate Steve McMahon.  In February of 2002, at the age of 36, Ablett was taken on trial by Division One strugglers Grimsby Town.

Ablett returned to Everton as a coach in the Academy and served the club for two years before taking a job with Liverpool, coaching their Reserves team:

"I've got nothing but praise for the Academy staff at Everton, Ray Hall, Neil Dewsnip, Kevin O'Brien and Phil Hewitt just to name but four of the day to day people that I worked with. I just had an unbelievable education. I came back from America and I had nothing to do and they gave me a chance to work, and they gave me a chance to get qualified to do the work. I do owe everything to the people in the Academy.

"On the professional side I wasn't sure if there was anything there for me if David Moyes had his staff in place. I went into the Academy at Everton and told Ray the first day that I was very ambitious and I wanted to use the Academy as a stepping stone to further myself to see how far up the coaching ladder I could go. I didn't really think I would be using Everton as a stepping stone to coming back to Liverpool but that's just the way it worked out."

But his old charges enjoyed humbling Ablett at the first opportunity, with Everton Reserves (consisting mostly of Academy players he had trained) defeating Liverpool Reserves 2-1 in a rather contentious mini-derby in October 2006 that saw Liverpool 'keeper Dudek sent off.  Ablett lamented the long-ball game Everton used to beat his hapless charges... who had lost all three opening games under his guidance. He would spend three years in that role at Mellwood, followed by a year as manager of Stockport County.

Sadly, Gary died on 1 January 2012 at his home in Tarleton, Lancashire following a 16-month battle with non-Hodgkins lymphoma. He was just 46 years old but will be fondly remembered as a player who switched Red for Blue without a trace of animosity or ill-feeling despite the intense rivalry in the city.