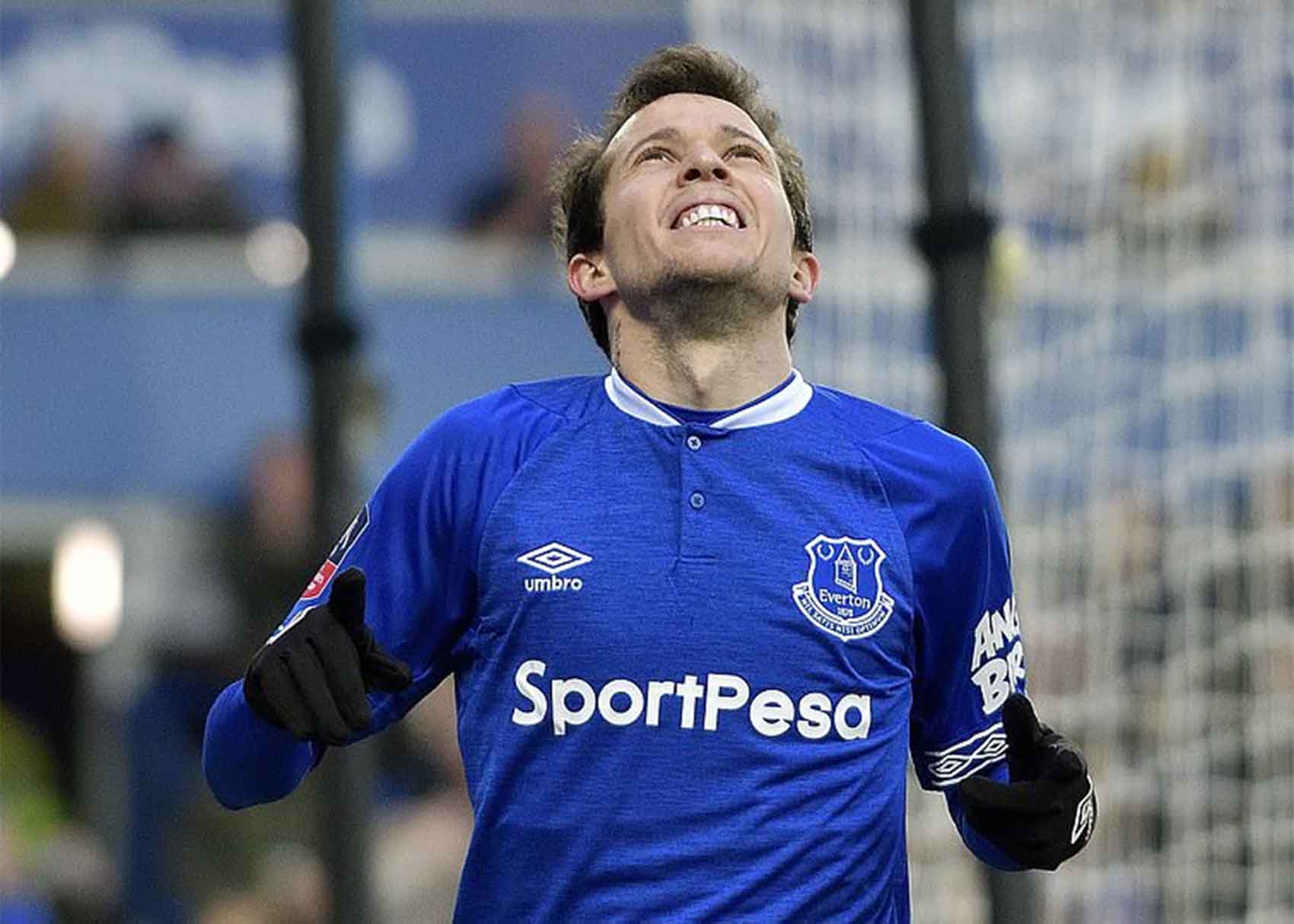 Everton made exciting Brazilian attacking midfielder Bernard their third major signing of the summer of 2018 when he put pen to paper on a four-year contract on transfer deadline day that August.

The 25-year-old signed a four-year contract with the Blues after electing not to extend his stay with Ukrainian Premier League champions, Shakhtar Donetsk. He joined compatriot Richarlison at Goodison Park after the latter's £40m move from Watford the previous month as one of six new signings made by Marco Silva and Marcel Brands during their first summer at the club.

"I chose Everton because of all the things I had heard about Marco Silva and after speaking to him I was happy with what he said to me,” Bernard told evertontv after completing the deal. “The manager made me feel confident about playing here. He is a very good coach and he has achieved really good things at other clubs."

The diminutive midfielder who hails from Belo Horizonte had to work his way back to a level of critical acclaim after a fairly middling first season in the Ukrainian league and the taint of Brazil's humiliation at the hands of Germany at the World Cup in 2014. Bernard was in the line-up that lost 7-1 in that the semi-final because of an injury to Neymar but he subsequently lost his place in the national side.

Originally signed by Shakhtar from Atlético Mineiro for €25m as a replacement for Borussia Dortmund-bound Henrikh Mkhitaryan in 2013, Bernard only managed to chip in with a couple of goals and seven assists in his first season but he was, nevertheless, selected by Luiz Felipe Scolari for the 2014 World Cup.

In the interim, despite the reduced competitiveness of the league in Ukraine, where war and bankruptcies had whittled the field down to just a dozen teams, and a change in manager two years ago that saw Paulo Fonseca replace the successful Mircea Lucescu, Bernard eventually found his feet again.

Under Fonseca's system, the inventive attacking midfielder flourished in a freer role behind the forwards and he was a vital member of the Donetsk team that made it out of the group stages last season and played some memorable matches against the likes of Manchester City against whom Bernard scored with a beautiful curling strike from the edge of the area.

With his contract winding down and an offer of new terms unable to tempt him into staying at Shakhtar, a number of top-tier European clubs were credited with serious interest in acquiring him on a free transfer this summer. Both Milan clubs, Napoli, Atletico Madrid, Tottenham and Chelsea were all said to have made contact but it was Everton who made their move to bring Bernard to the Premier League.

Having not played a competitive game since picking an injury in March 2018 and then having to adjust to the rigours of the Premier League, Bernard took time to find his feet in England but very quickly showed Evertonians the kind of fleet-footed and quick-thinking skills he possessed. He marked his first start with great work down the left to create a goal for Richarlison in an away game at Leicester in October that would mark Silva's first away win from Goodison Park and scored his first goal in an FA Cup tie against Lincoln City the following January.

Though he wasn't always consistent and he struggled as much as anyone during the Blues' winter collapse between early December and mid-February, there was a clear arc of improvement to the Brazilian's game over the course of the season. Vital to Silva's quick transitions and counter-attacks, Bernard displayed a tenacity and physicality that belied his comparatively small frame and, while it didn't always translate into assists, he would finish his first season at the club as one of the highest chance-creators even if there was a recgonised need to add goals to his game.

He seemed to have a tremendous skillset but bringing them to the fore in the Premier League under Silva proved challenging at times. The Portuguese's replacement, Carlo Ancelotti, provided a more understanding framework for the mercurial Brazilian when he said:

"Perhaps because, at home, we are more able to control the ball, Bernard is really good with the ball and did his part very well against Crystal Palace when he scored the first goal.

"When we are not able to dominate the game, it is more difficult for him to prove his quality. When we have control, everything is easier for him. Maybe for that reason I play him at home, but not away.

"He doesn't have to convince me, I already know that he is a good player and important for us."

Bernard struggled for consistency during what was an admittedly disrupted 2019-20 season, one that saw another managerial change and a three-month suspension of the season in the spring of 2020 in the midst of the Covid-19 pandemic. Few Blues players covered themselves in glory when matches resumed in June and more was expected from Bernard in what, it was hoped, would be a more settled 2020-21 campaign after a move to Al Nasr in the United Arab Emirates, rumoured to be for a transfer fee of 9m, fell through in October.

The diminutive Brazilian wasn't ever able to hold down a regular starting role, however, and he continued in his role as a squad player who seemed incapable of changing the handful of games he was involved in under Ancelotti apart from a dramatic extra-time goal that won a rollercoaster FA Cup tie with Tottenham.

With Ancelotti leaving Everton in the lurch in May 2021 and Rafael Benitez coming in to replace the Madrid-bound Italian, the club's focus shifted to trimming the squad and wage bill as Uefa's Financial Fair Play rules and the Premier League's profit and sustainability requirements started to bite. With Bernard on a reported £120,000-a-week salary, he was deemed surplus to requirements and a move to the Middle East was revived, with Sharjah FC of the UAE his destination in July for a nominal fee believed to be around £1m.

“The last time I received so many messages like this was when I left Atletico (Mineiro) in 2013,” tweeted Bernard. “I thank all Everton fans for so many beautiful messages, unfortunately the external factor didn’t allow me to accomplish what I wanted. Thank you very much. Once a Blue, always a Blue.”