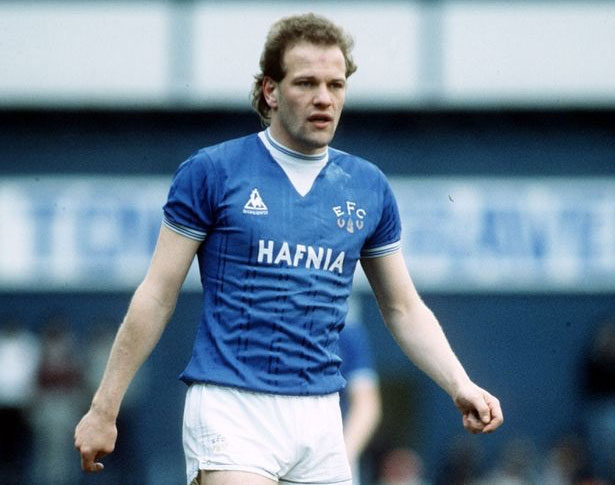 The signing of this tall, courageous Scot might wellbe called the most inspired transaction of either of Howard Kendall's spells in charge of Everton.  His purchase in 1981 of a 22-year-old goalkeeper called Neville Southall would naturally also be considered, but in Southall he got a good young player with every prospect of becoming a fine one.  Gray's signing, on the other hand, was seemingly a huge risk taken by a desperate manager of a struggling team, pinning his hopes on a fragile-kneed striker whose best years appeared to be behind him.

There must have been some kind of divine intervention at play, though, as the risk paid off handsomely.  With the arrival of Gray from Wolves in November 1983 the team gained a motivational personality who, after a brief hiccup early the next year when the newcomer very nearly walked out having been dropped, raised dressing-room morale to such a degree that a collection of highly-talented individuals stopped being simply that and became the best side in England.

Gray's impact on the Everton players cannot be overestimated.  They were astonished at first by his incredible aerial ability and courage, and skill on the ground that was often underrated.  Quickly he forged a formidable partnership with Graeme Sharp, both scoring in the 2-0 FA Cup Final victory over Watford that season, and the younger Scot undoubtedly learned much of his trade from the irrepressible Gray.  In fact, Sharp led the line himself for a time while Gray was injured in the autumn of 1984 and replaced by Adrian Heath, and did it so well that Gray was unable to claim back his place until Heath was himself sidelined.  Perhaps inspired by his spell out of the team, Gray then found his best form and the two Scots spearheaded Everton's successful crusades for the League Title and the European Cup-Winners' Cup, supplied bountifully with crosses by Kevin Sheedy and Trevor Steven.

That summer, Kendall decided to strengthen his strike force with the addition of Gary Lineker from Leicester City.  Gray felt he had no choice but to leave, and returned to the club who had sold him to Wolves for £1.5m – Aston Villa.  His best years really were behind him now, and after spells at Rangers and West Bromwich he went into broadcasting as an expert summariser, first on Sky Sports's football coverage and then in the Middle East with beIN Sports.