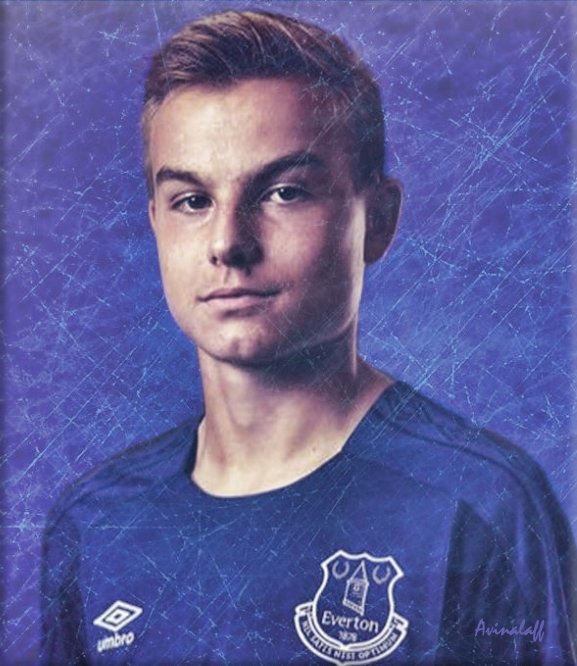 Norwegian prospect Einar Iversen signed up to Everton's Academy on a 2-year contract from Stord in July 2017. He started his career with Stord IL, he made his first team debut in April 2017 against Lysekloster in the NM-Cup. He then had a trial with Everton in April 2017, joining them the following summer.

The 16-year-old attacking midfielder has had extensive trials at Everton's Halewood training facility since April and is viewed as an exciting addition to the U18s group.

"It is of course very exciting. I'm moving on Saturday. I have butterflies in my stomach," he is quoted as saying by TV2 in Norway.

"I'm dreaming about playing football and playing in a league like the Premier League. This is definitely a step in the right direction."

Einar's Everton Under-18s debut was in September 2017 against Liverpool. He has also represented Norway at Under-15 to Under-17s and Under-21 level.

Iversen was made captain of the U18s in his second season and was expected to be the mainstay of the U23s in the 2019-20 season, which he was when fit, but he picked up  a bad injury and only got fit mid-season, with the latter part of the season cancelled due to the coronavirus pandemic.

Iversen’s excellent progress at Everton has been recognised at international level, and he already been capped for Norway’s Under-21s. The 2018-19 season also saw Iversen make his debut for David Unsworth’s double-winning Everton Under-23 side.

At the end of the 2018-19 season, Einar was honoured with the prestigious Keith Tamlin award. The accolade is named after the Club’s Vice Life President and honours a player for their “excellence, attitude and application” during their time in the Academy. Iversen follows in the footsteps of the likes of Tom Davies, Beni Baningime and Ross Barkley, who have previously won the prize.

“This means so much,” said Iversen, after receiving his award from Mr Tamlin. “You look at players who have won it before, and it’s inspiring."

“It’s been a good year for me. I was given the captaincy, which I didn’t expect, but I feel like I’ve developed as a leader as the season has gone on".

“The coaches have been fantastic, they’re so passionate and focused."

“I’ve been at Everton for two years now and it’s been the best two years of my life. I’m now looking forward to the future.”

On 8 July 2019, Einar signed a 3-year professional contract with Everton.

In 2020-21, he became a key player for the Under-23s playing in all but the last 5 games of the season after he picked up a serious knee injury. Damage to the ACL meant knee surgery and a long period of recovery that kept him sidelined for the entire 2021-22 season.

But despite being out for more than 16 months extending into the new season, and seeing his contract expire,  Everton gave him a one-year extension in June 2022 with the hope that he would get back to full match fitness with the Under-21s.