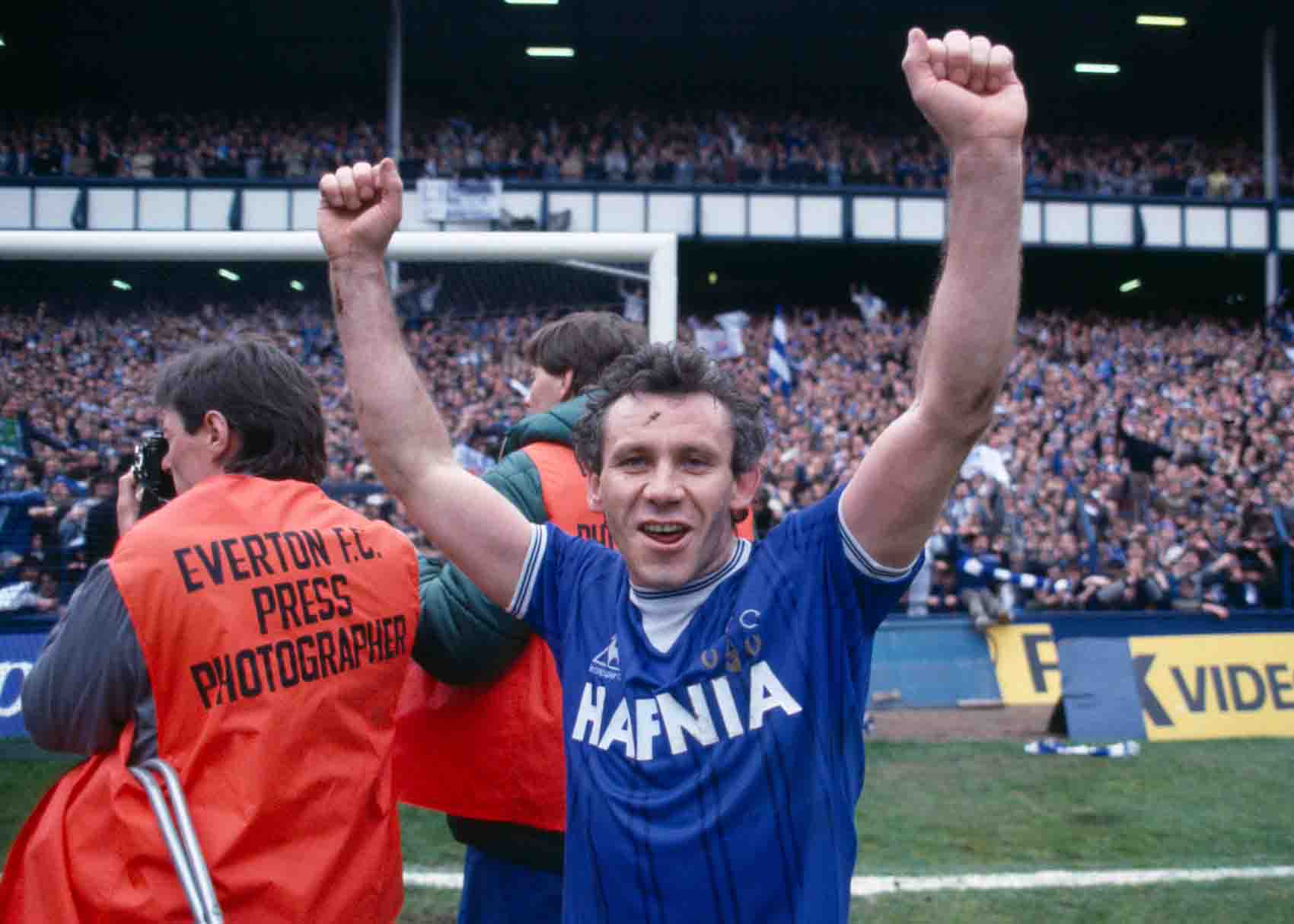 Peter Reid: a man you'd far rather play with than against; the kind of character who's usually described as someone you'd have fighting alongside you in the trenches.  Gordon Lee clearly thought so, and bid £600,000 in an attempt to prise Reid away from Bolton Wanderers in 1980.  But for another addition to the Reid injury chronicle, he would have done so.  In the event, he stayed with Bolton for two more years – long enough for a change of Everton manager – and then joined Howard Kendall's team for a fraction of what Lee had offered.

As it happened, Reid hardly played during 1982-83 due – quelle surprise – to injury.  He was fit for the following campaign but sat out most of the autumn as Kendall left him on the bench.  The team struggled, and it seemed Reid had to feature eventually.  Everton's revival of the spring of 1984 after he broke into the team cannot be wholly coincidental as he and Andy Gray inspired them to the FA Cup.  1984-85 was, significantly, his most injury-free season, and resulted in his being named Player Of The Year by his fellow professionals as he collected League Championship and Cup-Winners' Cup medals in possibly the finest Everton side of all time.

It was the season Everton finally reaped the rewards of Reid's outstanding skill and passing.  His lack of pace may have been a blessing in that it probably led directly to his style of play, which was as simple as it was effective: he would receive the ball and either play it off and move into space ready to accept another pass, or strike a typically majestic long ball such as the 50-yarder that Gary Lineker ran onto to score in the 1986 FA Cup Final.  That summer Reid was one of four Everton players in Bobby Robson's squad for the World Cup in Mexico.

Initially he stayed on the bench, but when captain Bryan Robson dislocated a shoulder in the match v Morocco, Reid seized his opportunity.  As had happened with Everton two years previously, the team was resuscitated from its torpor and beat Poland 3-0 – Reid's Everton team-mate Gary Lineker bagging all three – and qualified for the knockout stages.  After a comfortable victory over Paraguay, they came up against Argentina and that "Hand of God" incident.  A nation wondered, What If?

Reid's last two years at Goodison were spent as player-coach under Colin Harvey before he was allowed to leave, too soon in the opinion of some, for Queen's Park Rangers in 1989.  He went from there to Manchester City where he became player-manager in 1990.  After getting the sack at Maine Road, he took over at Sunderland and immediately hired his former Everton team-mate Paul Bracewell as his assistant.  Together they picked the Wearsiders up and took them into the Premiership.

Perhaps unsurprisingly, Peter Reid has been tipped to return to Everton in a managerial capacity at some stage. Should he be asked to do so, if he has the same effect on the team as he did as a player, great things will happen at Everton.  Unfortunately, he now has a massive financial as well as personal stake in Sunderland's future, and any return to the Toffees seems highly unlikely.