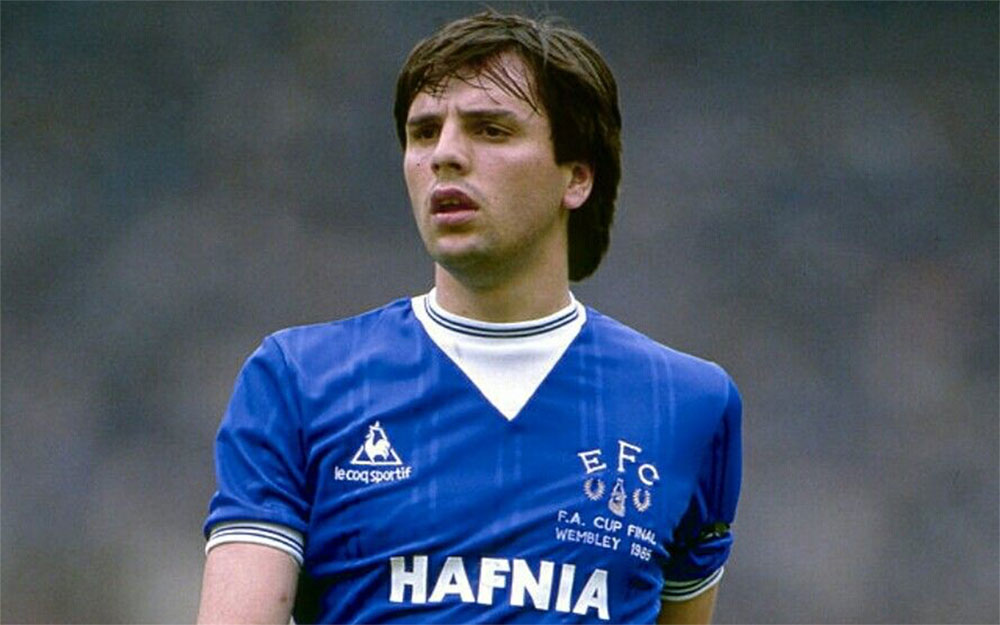 He was a strikers' striker rather than a spectators' striker.  While Everton's highly fruitful mid-eighties spell saw Andy Gray, Adrian Heath and Gary Lineker scoring regularly, the common factor was Graeme Sharp.

The public notices players who score goals, but strikers also appreciate players who make goals and Graeme Sharp was a forward capable of doing both.  He didn't have the charisma of Gray and never matched Lineker's incredible goals-per-game ratio, but both owed a debt of gratitude to the Glaswegian Sharp, signed from Dumbarton for £120,000 in 1980.

His main strength was his ability in the air, but his touch on the ground was deft and he often tricked his way out of close attention with skill which belied his physical size.  He was capable of controlling the ball with any part of his anatomy and excelled at holding the ball up, invariably distributing accurately with head or foot.  These were the attributes which combined to make Sharp the best target-man in the country, and a succession of partners benefited from his lay-offs and flick-ons.  Ian Rush, no less, appreciated Sharp's qualities, and named the Scot as his ideal partner when asked by Juventus who he would most like to play alongside.

For all that unselfishness, Sharp scored his share of the goals and wasn't shy of the big occasion.  He scored the opener in the 2-0 FA Cup Final win over Watford in 1984; netted the equaliser in the following season's Cup-Winners' Cup semi-final against Bayern Munich; and finished his Everton career as the club's top post-war goalscorer with 150 in all competitions.

Sharp was in the side that won the League Championship in 1984-85 and 1986-87, and, particularly in the first of those campaigns, his forward play was instrumental.  Perhaps the most memorable of his goals came in autumn 1984 at Anfield: Gary Stevens struck a long ball out of defence which dropped for Sharp, who deftly brought it down, simultaneously wrong-footing Mark Lawrenson, and buried a dipping 25-yard volley past Bruce Grobbelaar.

Such a capable player, yet so few caps.  He only played 12 times for Scotland, between 1985 and 1988.  Unfortunately it was a time when influential people held a bias against English-based Scots.  Had this not been the case he would have represented his country on many more occasions.

He left in a £500,000 deal for Oldham Athletic in 1991, to the dismay of many who felt that Sharp still had plenty to offer.  When the man who signed him, Joe Royle, made the reverse journey to take over at Everton, Sharp was appointed player-manager at Boundary Park.  Unfortunately, he didn't do as well as the previous former Everton No 9 in that capacity – although the club might not have recovered anyway from being relegated in 1994.  Sharp's tenure was a lean time, and he was driven to resign in 1997.  It didn't save Oldham, who were relegated again that season.