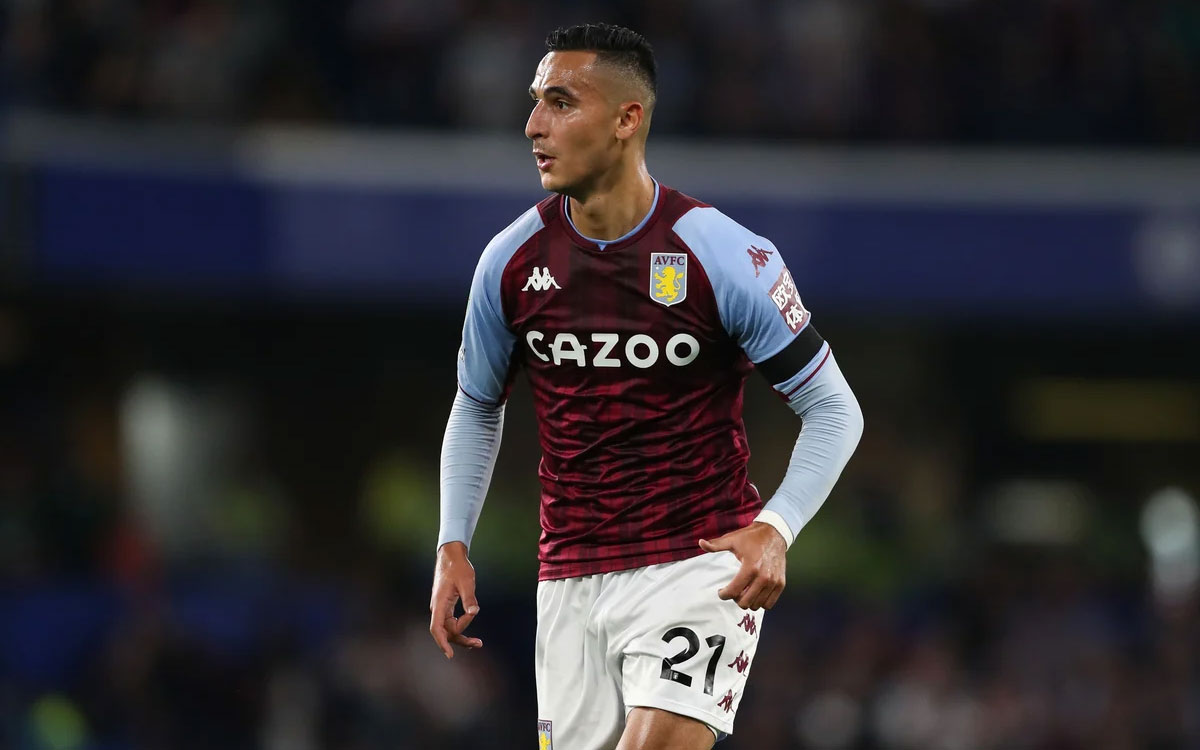 Anwar El Ghazi joined Everton on loan from Aston Villa just a day after Lucas Digne had made a permanent move to The Villains for the remainder of the 2021-22 season. The 26-year-old Dutch winger was the Blues' third signing of the January 2022 transfer window after Vitalii Mykolenko and Nathan Patterson and the last under Rafael Benitez who was sacked as manager three days later.

Born in the Dutch town of Barendrecht to Moroccan parents, El Ghazi had two senior international caps for the Netherlands at the time he arrived at Goodison Park. Joining Ajax Amsterdam aged 18, he made his senior debut at the start of the 2014-15 season, going on to play 70 senior matches before signing for Lille in January 2017.  He contributed with a decent number of goals and assists but in February 2018 he suffered a hamstring injury that sidelined him until the end of that season, where he struggled to establish himself in head coach Christophe Galtier's starting lineup.

El Ghazi joined Aston Villa on loan in August 2018 and played a key role in their promotion back to the Premier League, scoring the opening goal in their Championship play-off final victory over Derby County in May 2019. He then signed for Villa on a permanent basis that that summer, agreeing a 4-year contract for an undisclosed fee, with the right-footer becoming a popular figure with Villa supporters.

After registering 4 goals and 4 assists in the 2019-20 season, El Ghazi reached double figures for Premier League goals in 2020-21, scoring 10 times from 17 starts and 11 appearances as a substitute. That included a late winner at Goodison Park in May 2021.

He was a regular under former Villans boss Dean Smith but has been used increasingly as a substitute under new Villa manager Steven Gerrard.

“I’m really excited. Everton is a big club, I cannot wait to get started,” El Ghazi told evertontv. “I want to show my quality to my teammates, to the Club and, of course, the fans. I want to put a smile on their faces.

“I’m ready and willing to work hard for it and for all of us to work together. I’ve met a few fans already and it’s great to see how people live for the Club. It’s basically their religion. You just want to give it your all and show them what you can do to make them happy.

“I just want to focus on working hard, getting into the team, fighting for my place and, with the boys, to get Everton where it belongs - that is much higher up the table. We have a really good squad.

“I can always score a goal in an important moment. I can add a lot of value with my pace and technique going forward. I can hold the ball and I am decent in one-on-ones. I am ready and can’t wait.

“If I can score goals like the one I scored against Everton, for Everton now, then I will be a happy man.”

But that was not to happen in the few outings he got under Frank Lampard: just two brief sub appearances in his first month with the club. Then a few games just sitting on the bench. But he was not even in the squad for 9 of the last 12 games in the season.

A completely nonsensical loan deal for Everton to have made, leading to suggestions that it was forced as a condition of the deal that had taken Lucas Digne to Aston Villa, where El-Ghazi returned after the end of the season and his loan arrangement.