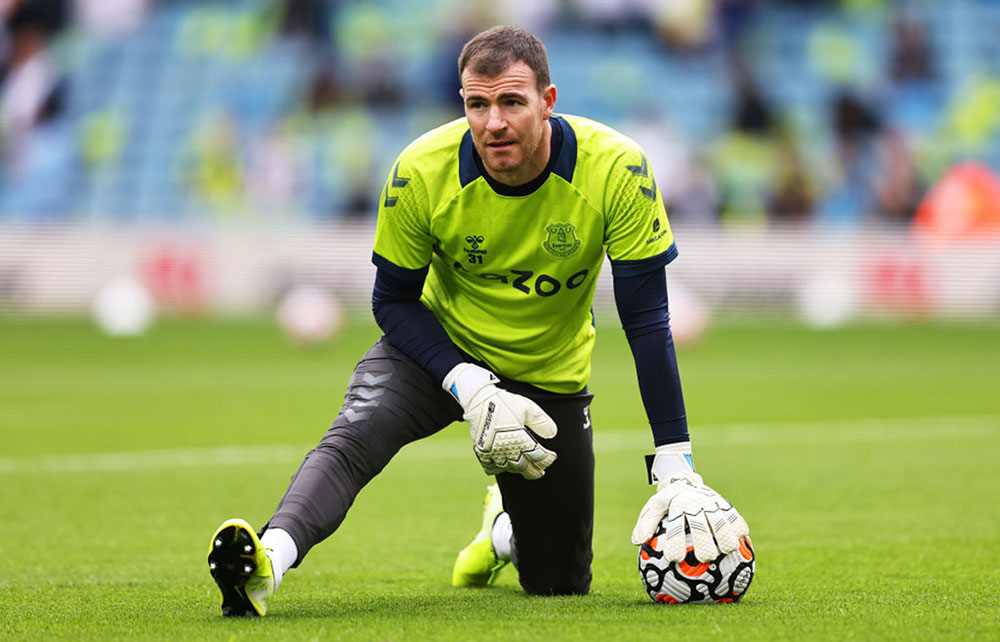 In a pre-match press conference, Rafa Benitez casually revealed that Everton had signed veteran goalkeeper Andy Lonergan as extra cover for Jordan Pickford and Asmir Begovic until the end of the 2021-22 season.

"We have an injury to [Harry] Tyrer, the young keeper, and then we signed Andy Lonergan as a back-up. He is a player that can give us some experience, because we needed to sort out this problem just in case. So we have a new signing - but it is a player that maybe nobody was expecting."

A veteran goalkeeper who started his career with Preston North End 20 years ago, Andy Lonergan has had a nomadic life in professional football. He transferred from Preston to Leeds United in 2011 and subsequently had spells with a number of clubs, including Bolton Wanderers, Fulham and Wolverhampton Wanderers. He was on Liverpool's books in 2019-20 followed by spells at Stoke City and West Brom but never made an appearance for the Reds.

He took over Joao Virginia's Number 31 shirt, with the Portuguese youngster departing on loan for Sporting Lisbon.

Lonergan last played competitively for Rochdale in 2019, and would make his first appearance on the bench for Everton in the League Cup 2nd Round tie at Huddersfield Town. He was sat on the bench 14 times in all, often as the third goalkeeper named to the matchday squad, but did not get to play in any games.

Everton nevertheless decided to offer him another year on his contract in the summer of 2022, happy to have him continue as third string.