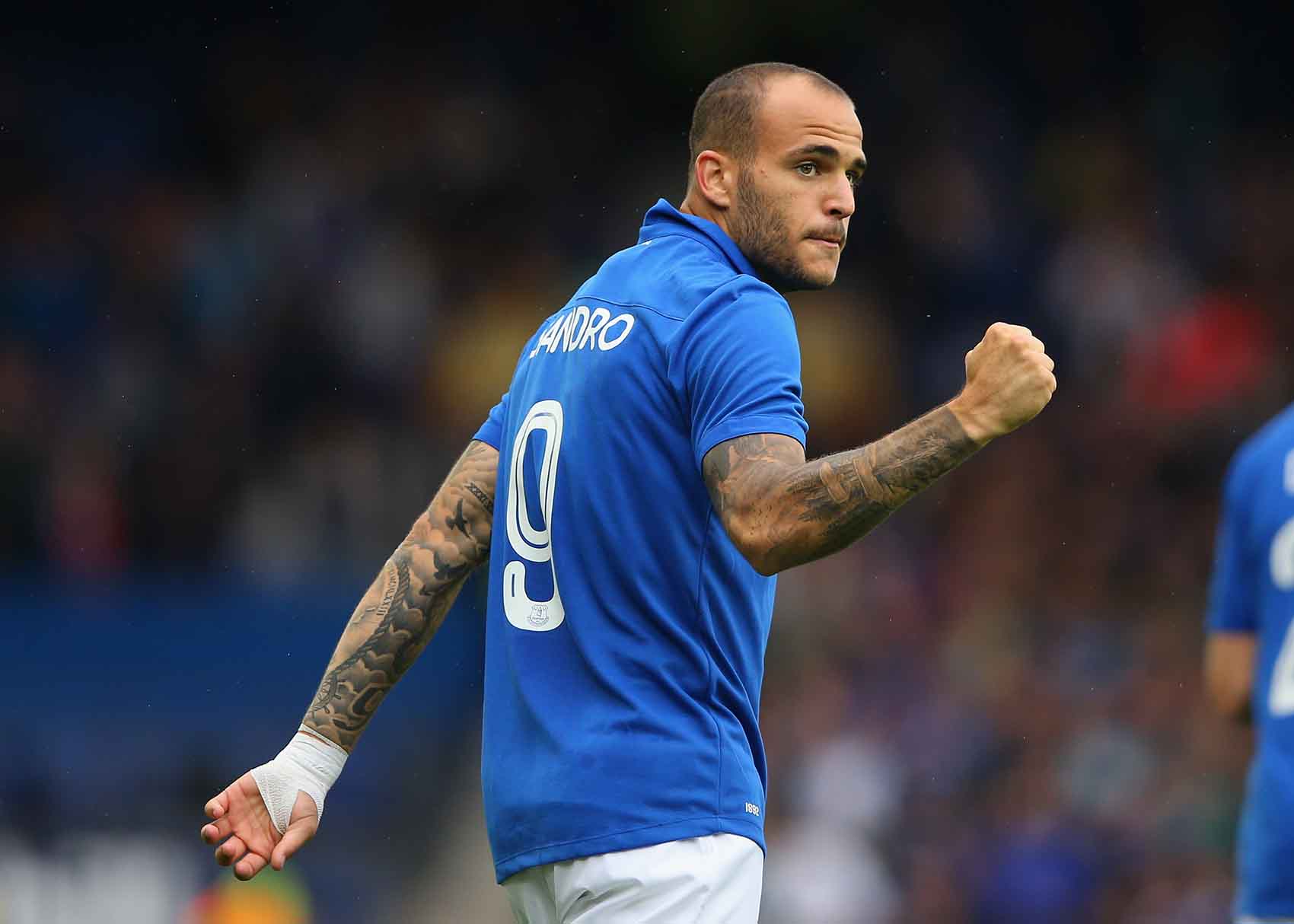 The Summer 2017 transfer window had hardly opened when Everton completed the signing of Sandro Ramirez in a £5.2m transfer from Málaga.

The then 21-year-old striker was unveiled as Everton's fourth signing of the summer when a clause in his contract with the Spanish club allowing him to leave if a minimum fee was offered came into effect.

Sandro agreed a four-year contract after Everton had been forced to be patient while Málaga ratified the deal, something they apparently refused to do until mandated by his release clause.

Everton beat off reported competition from Atletico Madrid for the Spain U21 striker, thanks largely to the Liga club's six-month transfer embargo. There had been reports that Sandro might elect to stay at La Rosaleda and move to Madrid in the January window after he underwent a successful medical exam there.

After a week's reflection, however, the forward opted for Everton where it was hoped he would provide much-needed pace and firepower, regardless of whether or not Romelu Lukaku remained at the club.

“I'm very happy, this is a big step in my career,” Sandro told evertontv at the time. “I know I'm signing for a massive club in England. Everton is the ideal place for me, I've got the ideal manager who is going to keep giving me the confidence to improve my game.

“I cannot wait to wear the blue shirt in front of the Everton fans at Goodison Park. It's a big jump in my career coming to the Premier League and for a club like Everton which is really on the up."

Born on the Canary Islands, Sandro attracted the attention of Barcelona when he was playing for his hometown team of Las Palmas as a 14-year-old. He rose through the ranks at the Catalonian giants' La Masia academy and made his Barcelona B debut in 2013, scoring on that first appearance before going on to notch 15 goals in 61 games at that level.

Between 2011 and 2014 he represented Spain at every level between U16 and U21 before getting his chance in Barcelona's first team in 2014. Given his youth and inexperience, his opportunities were limited in one of the best teams in the world and he signed for Málaga on a three-year deal in July 2016.

In all, he scored 16 goals in 31 matches in all competitions in 2016-17, drawing the attention of Everton Director of Football, Steve Walsh, who identified him as a key target for the 2017 transfer window.

His career at Goodison Park never had the chance to ignite, however. Going from being a hero at Malaga, he never really got off the ground at  Everton.  He struggled to adapt to the pace and physicality of the English game amid the Toffees' own awful start to the season, one that eventually cost manager Ronald Koeman his job. Sandro played just 15 times for the Blues, scoring his solitary goal in the 5-1 home defeat to Atalanta in November under caretaker boss David Unsworth.

As Koeman's interim successor Sam Allardyce arrived to try and steady the ship, the stronger and taller Dominic Calvert-Lewin was preferred up front and Sandro failed to make a single start for the remainder of the campaign. Dropped from the first-team squad altogether by the turn of 2018, it became clear that the Spaniard was looking for a way out of Everton, and there were repeated claims in Spain of talks with other clubs. Valencia were the initial favourites Ramirez eventually joined Sevilla on loan.

It didn't take long for the striker to open up on his frustrations over his time thus far at “England is very different," he was quoted as saying. "The life is different, people are different, but now I come to a big city and a great club.

“I can honestly say that I want to continue at Sevilla. It was a complicated negotiation because Everton didn’t loosen the rope. In the end I was able to come and in two weeks I’ve seen it in my football, and what I want is Sevilla.”

The Spanish club reportedly had the option of making his transfer permanent in the summer of 2018 if all went well but his hopes of remaining there were dashed by the Spanish club's decision not to pursue a deal to sign him permanently after the season ended.

He had made 18 appearances in all competitions for Los Rojiblancos, registering just one assist and no goals and Estadio Deportivo explained at the time that, according to their report, sporting director Joaquín Caparrós and new head coach, Pablo Machín, discussed Sandro  and concluded that he did not fit into their plans going forward.

Although he insisted he didn't want to return to Everton, he seemed to do his best to try and impress the new management team of Marcel Brands and Marco Silva at Everton in pre-season and, after it appeared as though Silva was prepared to give him every chance to prove himself, he played one of his better games as a starter in the League Cup second round tie with Rotherham in September 2018, the day before securing a season-long loan back in La Liga with Real Sociedad.

He failed to score in more than 25 appearances for La Real, stretching a sequence without a league goal to two years for three different clubs, and returned to Finch Farm once more in the summer of 2019 uncertain of where his future lay.

With two more years still to go on a contact reported variously to be worth north of £65,000 a week, but no likelihoood of playing for the Everton first-team after losing the Number 9 shirt to Dominic Calvert-Lewin, Ramirez was able to secure another season-long loan deal, this time to Valladolid whose owner, ex-Brazil striker Ronaldo, appeared keen to take a chance on him. Ramirez did well enough initially playing in 23 out of 35 games, but was falling out of favour by March of 2020 when the Coronavirus pandemic caused suspension of games in Spain.

After the season resumed in June, he was able to secure an extension of the loan agreement that would run through the remaining games of the season, and Ramirez played in another 5 games before taking off on an extended break. With no suggestion that any other clubs were interested in him, he returned to Finch Farm at the end of August and the prospect of another loan deal on the cards but Everton eventually arranged to have his contract terminated with nine months left to run so that he could join SD Huesca on a three-year contract.