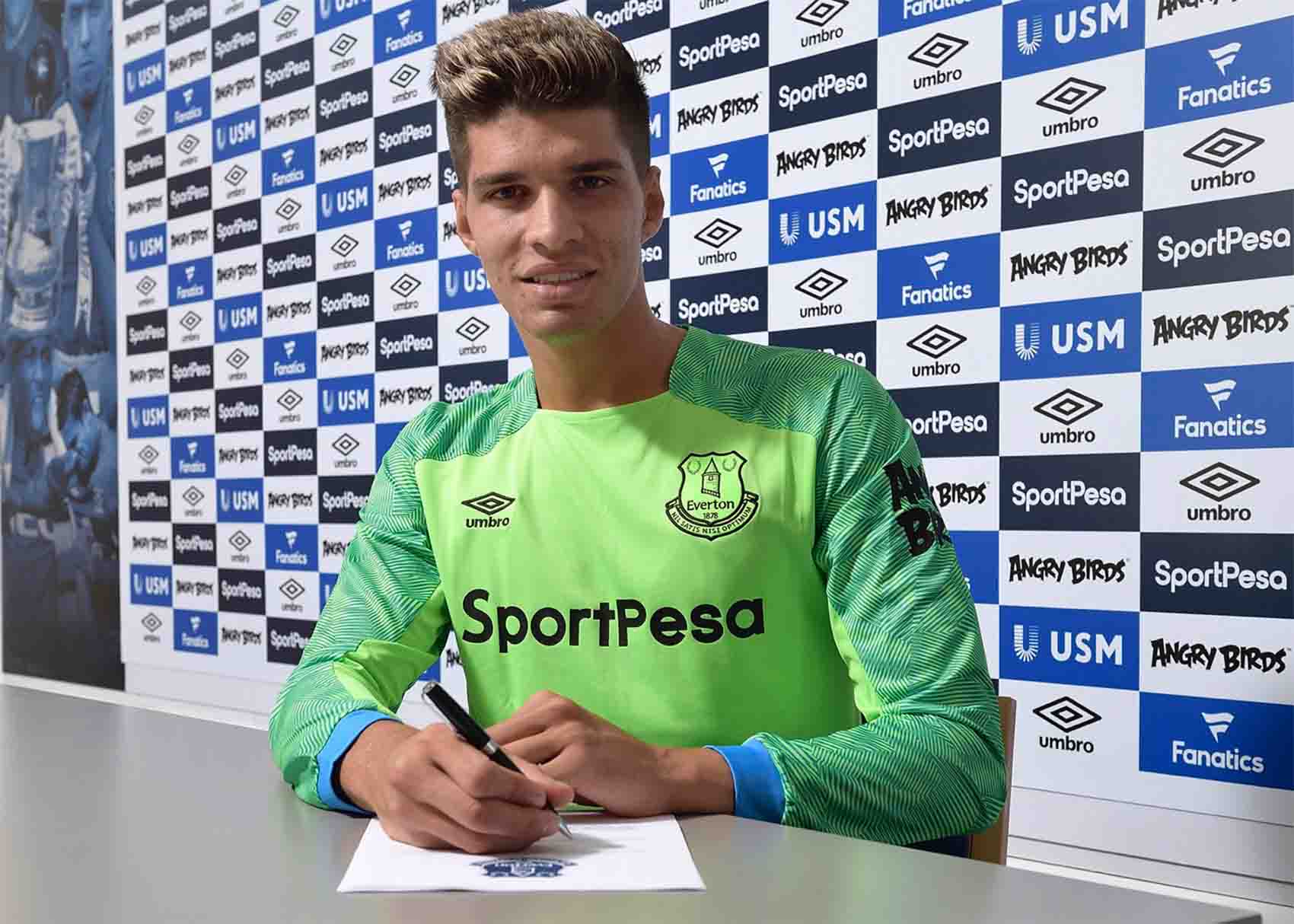 The 18-year-old Portugal youth international signed a three-year contract and was brought in to compete with Mateusz Hewelt as the third string 'keeper behind Jordan Pickford and Maarten Stekelenburg and for the first-choice slot in David Unsworth's Under-23s team.

Virginia joined the Gunners from Benfica three years ago and built a good reputation in the North London club's youth setup, playing his first games for their U23s team in 2017-18.

Virginia was listed among the subs for the Valencia pre-season friendly (wearing #13) but was then given the #33 shirt vacated by Joel Robles. He would go on to play a significant part in the Under-23s league and cup double, appearing for the first team only for the second half of the friendly against Gor Mahia in November.

Despite being well regarded in most reports, Marco Silva would decide to bring in Jonas Lössl for the following season, with Virginia getting farmed out on loan to Reading, while Stekelenburg still had a year remaining on his contract.

The young Portuguese stopper's time with the Royals did not go as planned: just two league appearances and two defeats later, Joao was dropped to the bench for the next six matches before a change of manager eventually left him out of the squad entirely. In January 2020, the loan deal was terminated early to allow him to return to Finch Farm and assess his next options.

David Unsworth would select him for a handful of Under-23s games before the season was terminated due to the Covid-19 pandemic but at the age of 20, he would make his full senior debut early in the following season in a Carabao Cup tie against Salford City. That was followed by a new 4-year contract that would tie him to Everton until 2024, a sign, it would appear, of the club's belief in him despite his travails at Reading.

Carlo Ancelotti had dispensed with Lössl, but brought in Robin Olsen on loan, seemingly reducing Virginia's chances even further. But that would change with Jordan Pickford picking up an injury, and Carllo Ancelotti insisting on the strange insurance policy of naming two substitute goalkeepers in the expanded 9-man subs bench. Olsen was injured so Virginia got his Premier League debut as a sub against Burnley. This plus Ancelotti's decision to start Virginia in a couple of League Cup games, giving him his senior Everton debut.

With Ancelotti gone and Olsen's loan spell ending, new manager Rafa Benitez would bring in not one but two experienced goalkeepers in Asmir Begovic and Andy Lonergan as cover for Jordan Pickford. Lonergan even picked up Virginia's Number 31 shirt, providing confirmation that Virginia had no Everton future, but it was only a season-long loan deal that could be negotiated with Sporting Lisbon.

But in Portugal, the young keeper found himself very much the second choice behind Antonio Adan as he sat on the subs bench for 30 consecutive league games before starting the last game of the season – and getting subbed off 11 minutes before the end. He only saw sporadic outings in the minor cup competitions before returning to Everton and an uncertain future with 2 years still on his extended contract.

With Begovic and Lonergan retained for the 2022-23 season, another season-long loan spell was inevitable for Virginia and this was negotiated with SC Cambuur of the Dutch Eredivisie, where they finished 9th last season.