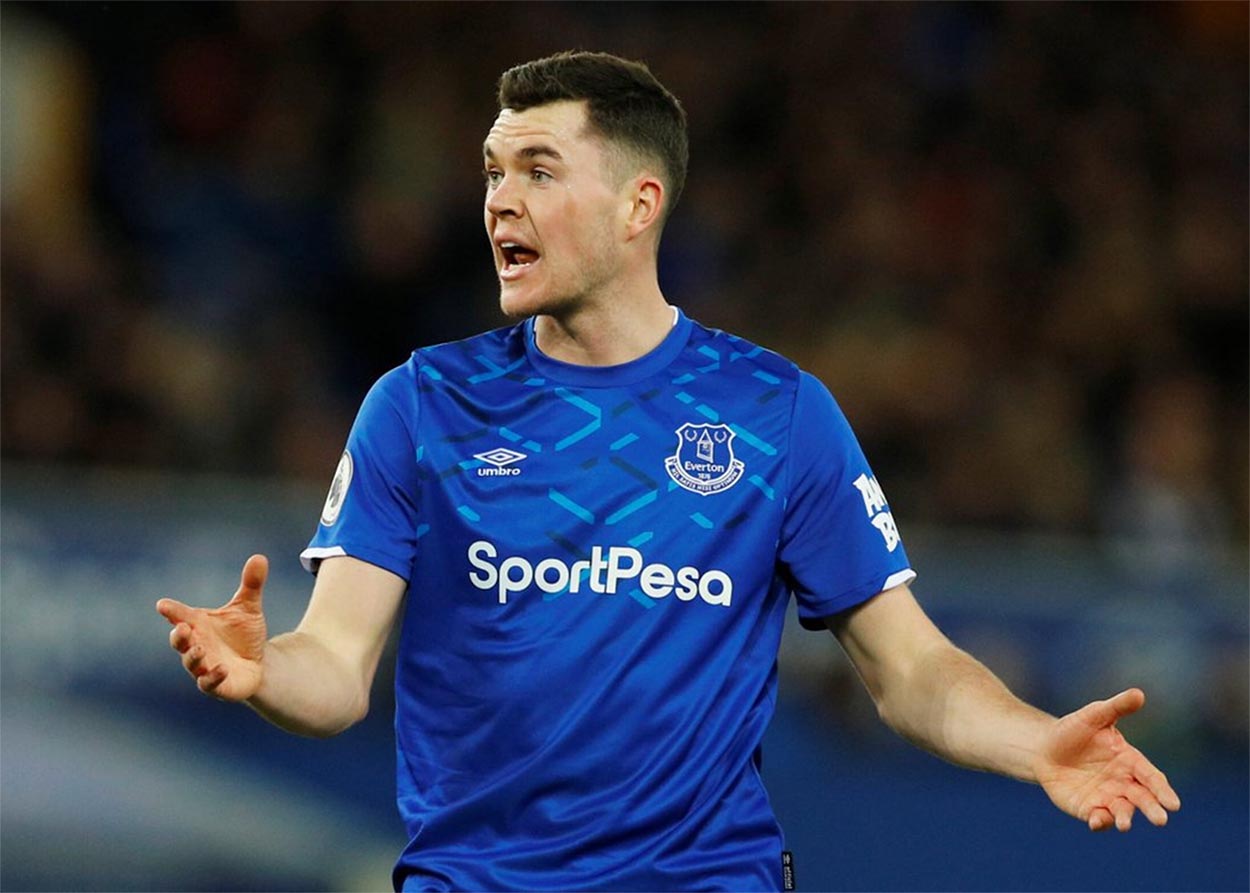 Everton completed the much-anticipated signing of Michael Keane from Burnley in June 2017 in a deal said to be worth £25m that could rise to £30m.

The 24-year-old became the fifth player to be signed by the Blues in early business that summer, a spending spree that promised so much but ended up falling flat once the 2017-18 season got underway.

Keane had been installed as one of Ronald Koeman's and Steve Walsh's top targets, with the Everton manager breaking a self-imposed protocol by making his interest in the player public earlier in the year after it became common knowledge that he would be leaving Turf Moor in the close season.

He signed a five-year contract and promised to add important competition to a back line that boasted another young defensive talent in Mason Holgate, Argentine Ramiro Funes Mori and two ageing centre halves in the form of Phil Jagielka and Ashley Williams.

The Stockport-born centre-half spent two years with Burnley after joining the Clarets from Manchester United for just £2m and the Red Devils received a 25% cut of the fee thanks to a sell-on clause built into that deal.

A fledgeling England international, Keane was one of the most highly-regarded young defenders in the country and one who was, statistically speaking, one of the most effective players in his position in 2016-17 at the heart of a Burnley side that finished well clear of relegation danger on their return to the top flight. He was among the top four in defensive blocks, clearances and headed clearances in his last season and ranked first for aerial battles won.

He was introduced to the Everton first team immediately, making his full debut in the Europa League qualifier against Ruzomberok in late July 2017 and he was in the side that kicked off the Premier League season with a 1-0 win over Stoke City, getting on the scorecard himself in the next game at Goodison Park, against Hajduk Split.

But that would be it for goals from the tall centre-half that season as the Toffees' 2017-18 campaign soon unravelled in spectacular fashion with a sequence of results that would cost Koeman his job by October. Keane himself was struggling to find the form that made him so attractive to the club in the first place and he was no longer an automatic choice at centre half by the time Sam Allardyce was appointed as permanent boss the following month.

The true reasons for his struggles would eventually be revealed when Keane told Jonathan Northcroft of the Sunday Times of his protracted recovery from a nasty foot injury sustained in a challenge from former Everton forward James Vaughan in a League Cup tie against Sunderland. Keane didn't realise it at the time, but the studs had left him with a gash on the top of his foot that would require eight stitches.

Rushed back into the side far too soon and forced to play in a boot two sizes bigger to accommodate the padding and bandages, the defender's form predictably suffered but it was only when inflammation and infection started to spread up his right leg that he was given emergency treatment, with the doctors fearing they might have had to amputate his foot.

Keane later admitted that the sacking of Koeman, the man who had brought him to Goodison, weighed heavily on him as he felt considerable responsibility for the Dutchman's demise.

“There were a few months when things were going really badly and I did not really want to go and do things out of the house," he said. "It is really sad when managers get sacked and they talk to you for the last time and see how visibly upset they are.

“That gets to you and makes you feel guilty and want to make sure it does not happen again. We had three managers in the end and it was difficult, all the change constantly happening.

Heavily criticised for his form in his first season at Everton by supporters who were unaware of the extent of his foot injury, Keane underwent a dramatic transformation the following season. Fully healed and now working under new manager, Marco Silva, he continued to improve before being sidelined again with another potentially serious injury. Keane had just scored his first Premier League goal for Everton in the third game of the 2018-19 season at Bournemouth when he and Idrissa Gueye accidentally clashed heads in their own penalty area. After 10 minutes of treatment from medics, the defender was stretchered off and taken to hospital, where a scan revealed a hairline fracture of the skull, which kept him out for a month.

Keane returned to the side, however, and struck up effective new partnership with Chelsea loanee Kurt Zouma that was, by the end of the season, a rock-solid pairing responsible in large part for a sequence of eight clean sheets over the final 11 games of the season. His club form also pushed him back into the international fold, with Gareth Southgate regularly deploying him in central defence during England's Euro2020 qualifying campaign.

Question marks over Keane's viability as a dependable first-choice starter in the heart of Everton's defence resurfaced in 2019-20, however, in Zouma's absence as Silva's tenure unravelled, culminating in the Portuguese's sacking in December 2019. He recovered his form to a large degree when Carlo Ancelotti took the helm that Christmas and was once more regarded as an integral part of the Blues' defence, playing every minute of the 10 games that comprised Project Restart after the 2019-20 season was interupted by the Covid-19 pandemic in March.

And at the end of August 2020, Keane was awarded a new 5-deal running through 2025, an expression of confidence in the England international from Ancelotti. Michael would go on to have a decent season, although his critics considered him to be too slow, something that may have persuaded Southgate to leave him out of his England squad for the delayed Euro 2020s.

Keane was a central part of the struggling defence that would concede so many goals under Rafa Benitez after Carlo Ancelotti had departed and Everton went into freefall towards a nervy battle to avoid relegation. Keane found himself behind the likes of Mason Holgate and Ben Godfrey in the pecking order of who would partner Yerry Mina (when the Colombian was fit) under Benitez's successor, Frank Lampard.

He would play an important role on the night the Toffees guaranteed their survival, however, in the penultimate game of the season when Everton came back from a 2-0 deficit, a comeback sparked by Keane's excellent finish for the hosts' firet goal that set them on the way to an iconic 3-2 win.