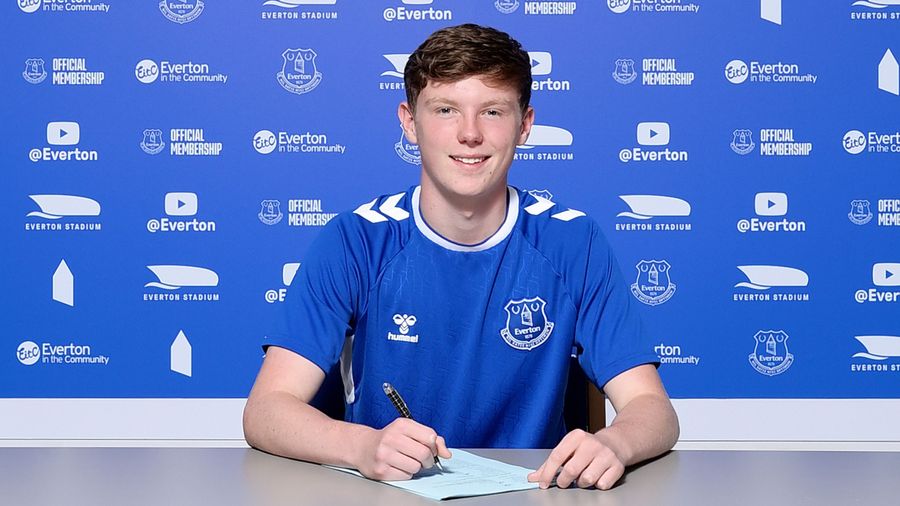 Jack Patterson has signed his first professional contract with Everton, after joining the Under-18s from Northern Ireland back in the summer.

The young midfielder turned 17 earlier this month and has played a part in all 8 games under Leighton Baines so far this season. The new contract runs for 3 years.

“To get a professional contract as a footballer is every young boy’s dream,” Patterson told evertonfc.com.

“It means so much to me, my family, and everyone back in my hometown of Ballyclare.


“I’ve settled in very well ever since I joined Everton in the summer. From day one, the players have really taken me in. It feels like I’ve been here for years.

“I’ve really enjoyed working with Leighton Baines. He’s a very humble and down-to-earth person. He’s one of the nicest guys I’ve ever met in football and I love playing for him.

“He understands the game so well. I remember him as a player and he was incredible, so it’s great to learn from someone who has been there and done it at the highest level.”

Anyone seen him play?

2) If he shows good progress, he will be promoted to U21 for the next season, the 2nd year of his contract; if he is not ready, another season at U18.

3) By June 2024, the number of minutes on the field should be big enough to decide whether he will have a future with Everton that warrants a contract extension.

Even if we are not 100% sure by then and choose to extend, the salary needed should not be too outrageous and that can make him affordable for Football League clubs to take him on loan.

The caveat is that he won't even turn 19 when the club has to go through all of the above, which is a big improvement over the mis-handling of prospects before Thelwell's arrival.