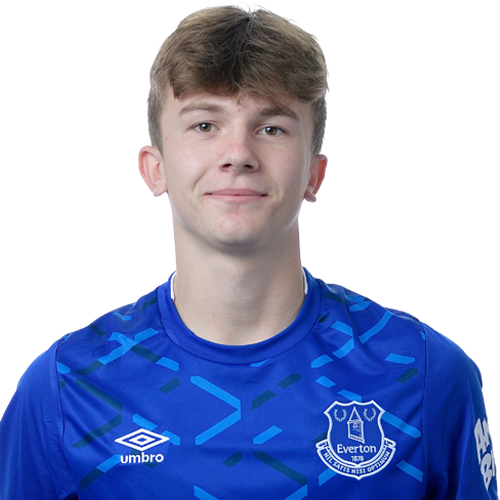 Liam Higgins joined the Everton Academy in December 2017 from Mold Alexander FC at the tender age of just 15, and graduated to the U18 side in July 2019 as a First Year Scholar.

Liam's 17th birthday came and went in January 2020 without any word of a professional contract. Higgins was elevated briefly to the U23 squad in preparation for the 2020-21 season but only sat on the bench as an unused sub in a couple of pre-season friendlies and the first Premier League 2 game, without making his debut at this level until he came on as a late substitute in the final Premier League Cup group game in February 2020.

Higgins played in all but the last of the U18 Premier League games in the 2020-21 season up until the midwinter break. But he was subbed off at half-time against Wolves in early December and only returned to action for the last two games of the season as a result of a serious hamstring injury.

In June 2021, Everton announced that the club was extending Liam's Scholarship in the Academy for third year. But in the next season, he would manage to play just 3 games as a sub, sitting out another 2 on the bench.

He signed what Everton said was his first professional contract for 1 year in June 2022 and told the club's website:

“From a young age, I've had a dream of becoming a professional footballer and it means so much for that to become a reality.

“This is a huge club that has produced so many brilliant players. After a tough couple of years through injuries, this is an opportunity to show the quality I can produce and repay the faith the Club has shown in me.

“I'm looking forward to working with Paul Tait again, someone who has given me massive support since I joined Everton. He's a great person and the confidence he gives you allows you to perform.

“Whether I'm playing on the wing in the attacking third or as full-back, to get back onto the pitch will feel great. I'm looking forward to working hard and showing what I can do."

However, he has failed to make any of the U21 teamsheets for the early games of the new season..