Ineffective Everton lose a third straight with defeat at Newcastle 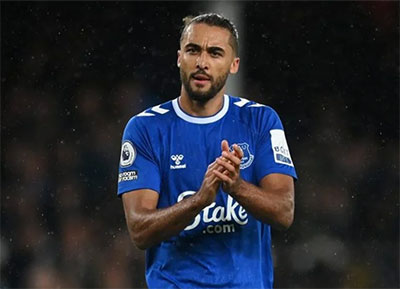 Dominic Calvert-Lewin started and played 70 minutes, going close with what was Everton's sole effort towards goal in well over two hours of football

Everton slumped to another loss, this time at St James’s Park where Newcastle needed only to score once to beat Frank Lampard’s utterly toothless side.

Miguel Almiron continued his rich vein of form by curling home the winner with half an hour gone while the Blues managed just one effort on goal in the 90 minutes and none on target to go with similarly appalling output at Tottenham last Saturday.

Dominic Calvert-Lewin returned, somewhat surprisingly, to the starting XI but he was largely starved of service ploughing the same lone furrow as Neal Maupay did in North London four days ago.

The striker did manage to get his head to a corner in the 26th minute but he couldn’t keep it down and, in the final reckoning, it was the only time Everton remotely threatened Nick Pope in the Newcastle goal.


Instead, it was home side who carried all the threat in the first half as the visitors were overrun in midfield and both Bruno Guimaraes and Jacob Murphy tried their luck from outside the box in the early stages.

The Magpies were playing by the better football and when Amadou Onana lost the ball in weak fashion near the touchline, Eddie Howe’s team worked the ball into the opposition box where Guimaraes laid it off to Almiron and he finessed it over Jordan Pickford and into the top corner from 18 yards out.

Fabian Schär forced Pickford to bat the ball behind from close range 10 minutes before the break either side of two close efforts from Guimaraes, the Brazilian setting himself before dragging a shot wide and then trying to place a side-foot effort inside the post but missed by inches as Everton’s defence backed off.

Dan Burn flashed a header wide as Newcastle continued to threaten at the end of the half before Anthony Gordon tumbled in the box under the big defender’s challenge at the other end, sparking a melée that ended with the winger being booked along with Schär.

Lampard’s half-time team talk seemed to have a positive effect on his players who came out of the interval with much better stewardship of the ball and the possession metrics to match but it didn’t produce anything in the final third.

A few openings presented themselves early in the second half, not least when Demarai Gray drove to the byline for the first time but Iwobi couldn’t deal with his centre while other moves ended up going down blind alleys.

Meanwhile, Almiron tried to repeat his goal-scoring exploits from the first period but swept over the bar before Idrissa Gueye was forced to cover for another personal error by pulling Callum Wilson back to prevent the striker from racing away at Pickford’s goal, picking up a booking in the process.

Lampard withdrew Calvert-Lewin and Iwobi in favour of Maupay and James Garner with 20 minutes to go and then replaced Gray with Dwight McNeil but that only served to further blunt a completely ineffective forward line and the Blues would fail to land a glove on their hosts for the remainder of the contest.

Having gone seven games unbeaten prior to the defeat to Manchester United 10 days ago, Everton have now lost three on the bounce with just one goal to show for what attacking efforts they have been able to muster.

The fixture list gets more favourable between now and the World Cup hiatus but it’s going to make very little difference unless Lampard can inspire something from his listless forward line.